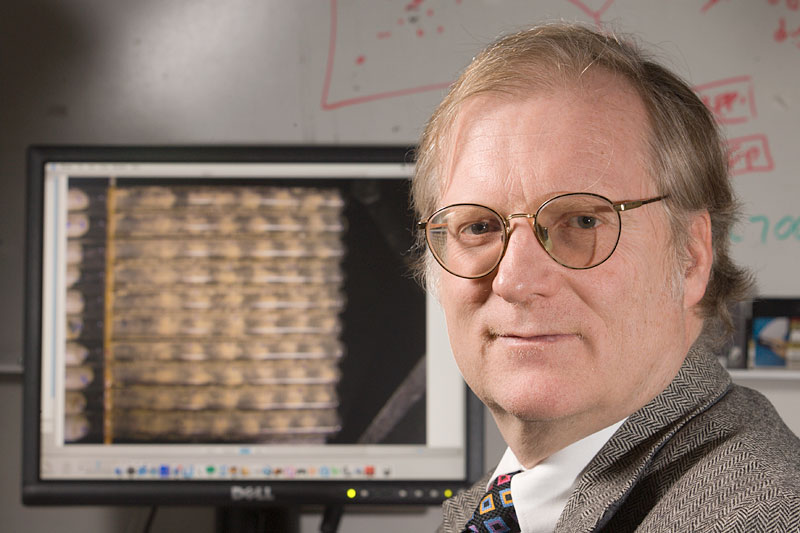 UGA geneticist Jonathan Arnold has been named a Fellow of the American Association for the Advancement of Science, an honor bestowed on him by his peers for “scientifically or socially distinguished efforts to advance science or its applications.”

Arnold, a professor in the genetics department, is among the 539 AAAS members who will be presented with an official certificate and a gold and blue (representing science and engineering, respectively) rosette pin in February during the AAAS annual meeting in Vancouver, B.C., Canada. In addition, this year’s Fellows were announced formally late last month in the “News and Notes” section of the journal ­Science.

“Designation as an AAAS Fellow is an honor reserved for the most talented scientists,” said David Lee, vice president for research. “It’s an honor not only for Dr. Arnold to be recognized by his peers for his outstanding contributions to science, but also for the University of Georgia.”

Arnold, who joined UGA in 1982, studies fungi to identify gene and biochemical networks involved in fundamental biological processes, such as the circadian clock that plays a role in cellular division and the metabolism of proteins in plants and animals.

In a landmark study published in 2007, his team studied the bread mold Neurospora crassa to create the first working model of how biological clocks operate.

Arnold was cited by AAAS “for distinguished contributions to the fields of population genetics, fungal genomics and systems biology,” and for his service to the National Institute of Health’s Genetic Variation and Evolution study section, which reviews grant applications to the agency related to genetic variation.

The American Association for the ­Advancement of Science is the world’s largest general scientific society and publisher of the journal Science. AAAS was founded in 1848 and includes 262 affiliated societies and academies of science, serving 10 million individuals.