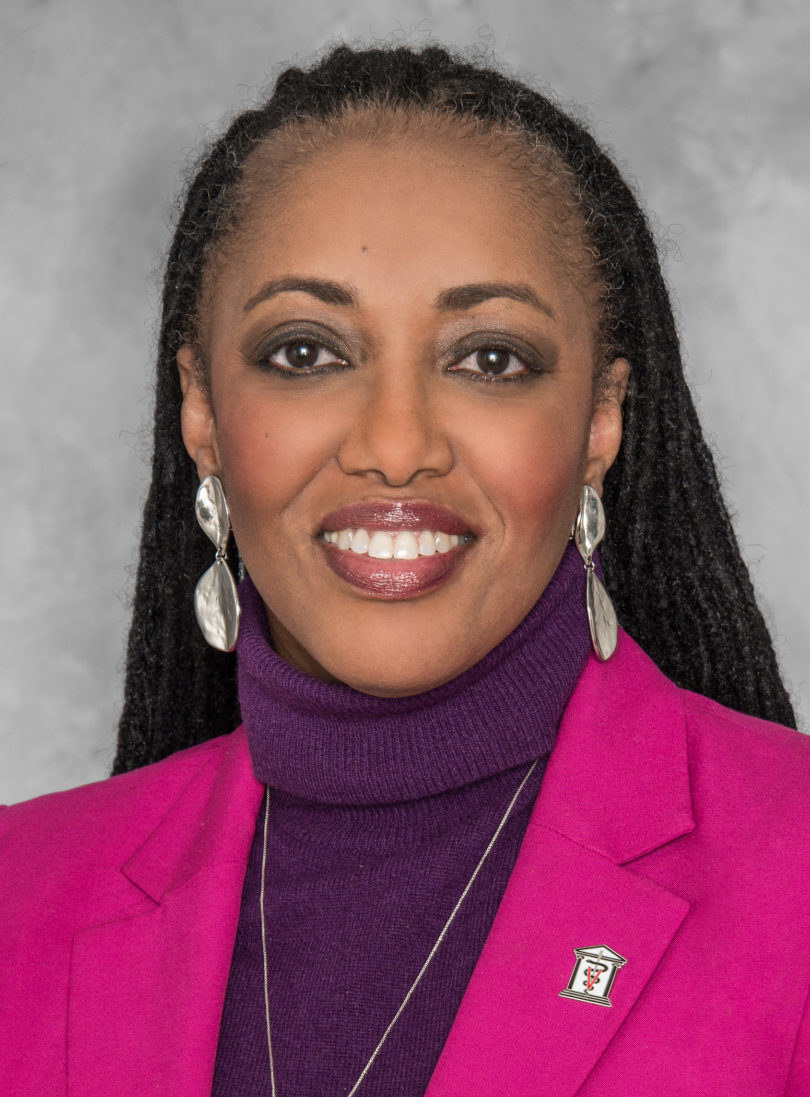 Athens, Ga. – Dr. K. Paige Carmichael, a professor of veterinary pathology and the former associate dean for academic affairs in the University of Georgia College of Veterinary Medicine, has been chosen as the recipient of the 2015 Iverson Bell Award given by the Association of American Veterinary Medical Colleges.

The Iverson Bell Award is given every other year to a member of AAVMC’s academic veterinary community in recognition of outstanding leadership and the promotion of diversity in veterinary education. Carmichael is the 14th veterinary educator to receive the award, which will be presented at the AAVMC’s 2015 Annual Conference March 13-15 in Washington, D.C.

“I am shocked, delighted and humbled all at the same time,” Carmichael said. “I stand on the shoulders of many others who have paved the path that I have been lucky enough to walk. I hope to do the same for others.”

During her eight years as the college’s associate dean for academic affairs, Carmichael authored or co-authored multiple successful grants to address the recruitment of under-represented groups to veterinary medicine and to support their careers. She also created the college’s popular VetCAMP—Veterinary Career Aptitude and Mentoring Program—which aims to recruit young under-represented minority students with an aptitude for science, technology, engineering and mathematics. In addition, Carmichael mentors students and early career faculty, facilitates in the development of student diversity groups and often speaks on minority opportunities in veterinary medicine.

While an assistant professor for the college, she started the “Dog Doctors” Outreach Program. This project, initially funded by a competitive grant through the Office of the Vice President for Public Service and Outreach and then by the College of Veterinary Medicine, reached out to elementary school students under-represented in veterinary medicine across the state of Georgia, telling them about the variety of paths available through a career in veterinary medicine.

In 1993, Carmichael joined the college’s faculty as an instructor and was hired as a tenure track assistant professor in 1994. In 2006, she was the first African-American to be awarded the Josiah Meigs Distinguished Teaching Professorship, which is the highest teaching honor bestowed by UGA upon its educators. In 2014, Carmichael was selected by the Tuskegee University School of Veterinary Medicine to receive their Distinguished Alumna Award.

Carmichael graduated from the Tuskegee University School of Veterinary Medicine in 1987, and earned her Ph.D., conferred in 1993, from UGA. She is board certified by the American College of Veterinary Pathologists.

UGA College of Veterinary Medicine
The College of Veterinary Medicine, founded in 1946 at UGA, is dedicated to training future veterinarians, conducting research related to animal and human diseases and providing veterinary services for animals and their owners. Research efforts are aimed at enhancing the quality of life for animals and people, improving the productivity of poultry and livestock and preserving a healthy interface between wildlife and people in the environment they share. The college enrolls 114 students each fall out of more than 900 who apply. For more information, see www.vet.uga.edu.