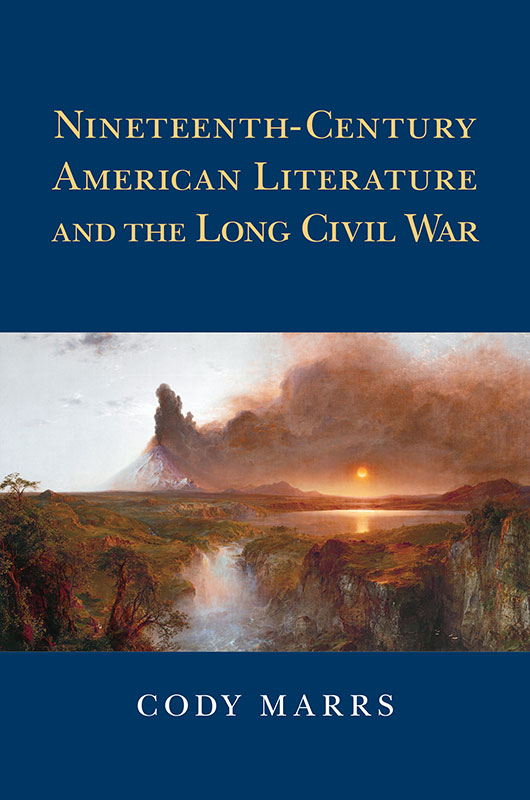 Nineteenth-Century American Literature and the Long Civil War has been selected as one of Choice Magazine’s outstanding academic titles for 2016.

Published in 2015, the book was written by Cody Marrs, an associate professor of English in UGA’s Franklin College of Arts and Sciences. The award is presented each year to the best academic titles reviewed by the magazine and announced in its January issue.

American literature in the 19th century is often divided into two asymmetrical halves, neatly separated by the Civil War. In Nineteenth-Century American Literature and the Long Civil War, Marrs argues that the war is a far more elastic boundary for literary history than has frequently been assumed.

Focusing on the later writings of Walt Whitman, Frederick Douglass, Herman Melville and Emily Dickinson, the book details how the war took imaginative shape across, and even beyond, the 19th century, inflecting literary forms and expressions for decades after 1865.