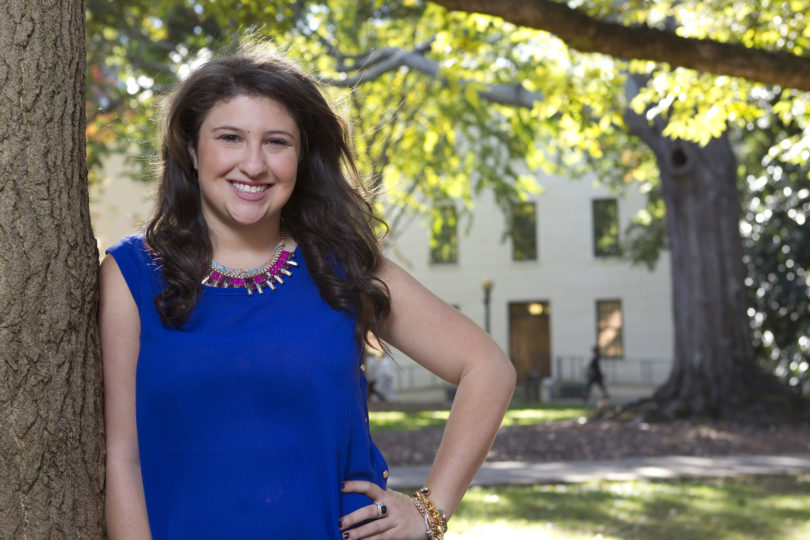 One lesson undergraduate Ariel Rothenberg has learned as a volunteer for Project Safe is that there are a lot of people who need help.

“I was initially interested because I see how many people are affected by domestic violence and how common it is,” Rothenberg said. “I really did want to get involved in helping somehow.”

Since October 2012, Rothenberg has been volunteering regularly with Project Safe, one of the organizations supported by UGA’s Campaign for Charities, which ends Dec. 13. Project Safe works to end domestic violence through prevention and educational programs, crisis intervention, ongoing support and advocacy.

At first, Rothenberg helped out by putting up posters around town and doing other tasks for Project Safe. But the senior psychology major quickly realized she wanted to start working directly with those affected by domestic violence.

Rothenberg applied for a Project Safe summer internship and was able to work on the group’s hotline herself. As a hotline worker, she provided help to those who reach out through methods such as safety planning. While acting as a “very resourceful best friend,” she also gave callers information about support groups and other resources.

“Working on the hotline was one of my favorite things to do because I felt like I was accomplishing something and able to help,” she said. “One of the things I did learn, though, was that you can’t do everything for them; they have to take control of their situation.”

“We talk with them about their feelings and coping, and it’s a safe environment for them,” she said. “It’s a great program because you get to touch those kids’ lives and show them that there’s a light at the end of the tunnel and that it will be OK and they will get through this.”

“We are extremely grateful for the University of Georgia’s volunteers and interns. We’re also proud of the community’s response to ending domestic violence,” she said. “Both volunteers and interns fulfill various positions to implement vital client programs and services. With proper training and supervision, volunteers are able to provide emotional support and individual advocacy to the adults and children we serve. We enjoy watching volunteers grow and gain knowledge about working with vulnerable populations.”

Byrne also had a lot of praise for Rothenberg and her work with the organization.

“Ariel’s enthusiasm from the start of her volunteer interview to the present has never waned,” Byrne said. “She is always willing to do whatever it takes to support the movement to end domestic violence, which is evident through the many roles she’s performed while volunteering at Project Safe.”

Rothenberg said her time with Project Safe has given her new experiences that will help her both personally and professionally in her future career as a therapist.

“Project Safe is such an amazing organization,” Rothenberg said. “The people who work there are truly dedicated to helping people in the community. They’ve all been wonderful and great role models; I’ve loved watching what they do.”

While her time volunteering for Project Safe may be nearing an end as she prepares to graduate, Rothenberg said she will never forget her experiences.

“I’ve learned it’s so important to have people who are there to truly care,” she said. “It’s given me hope that there are people in this world who are passionate, understanding and welcoming whenever someone in struggling.”