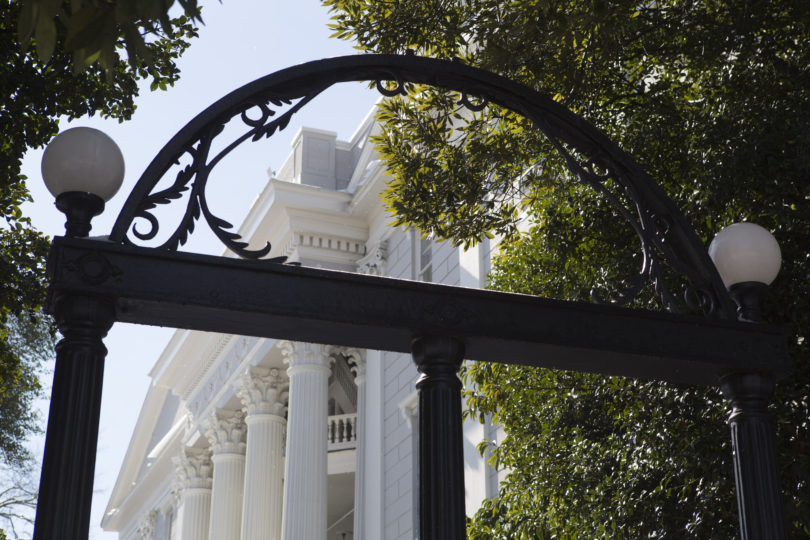 The University of Georgia has narrowed the search for its next senior vice president for academic affairs and provost to four finalists, according to the chairs of the search committee, Dean Ben Ayers of the Terry College of Business and Dean Denise Spangler of the College of Education.

As part of their final interviews, each of the candidates will come to the UGA campus and hold a public presentation on the first day of their visits from 9:30 to 10:30 a.m. in the Chapel. The presentations will be open to faculty, staff, students and media.

“These four finalists are outstanding scholars and academic leaders,” said University of Georgia President Jere W. Morehead. “I look forward to meeting with the finalists and providing the university community with an opportunity to meet them and hear their perspectives on elevating the University of Georgia to an even higher level of academic excellence. I appreciate the excellent work of the search committee in recommending them.”

The 24-member search committee began its work in May and included representatives of the faculty, staff, administrators, students and alumni. The Parker Executive Search firm assisted the search.

The finalists, their titles and the dates of their campus presentations are listed below: 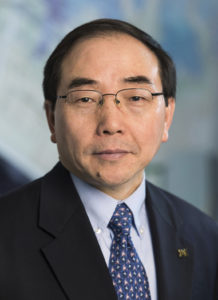 Hu, the vice president for research at the University of Michigan since 2014, also is the J. Reid and Polly Anderson Professor of Manufacturing in the College of Engineering. He leads a $1.5 billion research enterprise that spans the university’s campuses in Ann Arbor, Dearborn and Flint. His accomplishments include the development of Mcity—an initiative focused on connected and automated transportation—into a leading public-private partnership for research. In addition, he has led the development of international collaborations in China, Israel and Germany.

Before serving in his current position, Hu was associate dean for academic affairs at Michigan’s College of Engineering. From 2011 to 2014, he served as the university’s technical lead for the Advanced Manufacturing Partnership, a White House initiative that develops recommendations on manufacturing technologies, shared infrastructure, education and policies to strengthen advanced manufacturing in the United States.

Hu earned his Ph.D. in mechanical engineering from the University of Michigan. 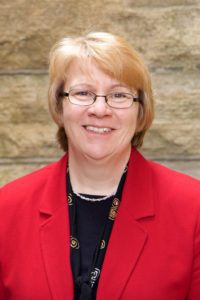 Schmittmann has served as dean of the College of Liberal Arts and Sciences at Iowa State University since 2012, where she is also a professor in the Department of Physics and Astronomy. As dean, Schmittmann is responsible for Iowa State’s most academically diverse college, with nearly 700 faculty and more than 8,000 undergraduate and graduate students. She has led initiatives to enhance faculty scholarly productivity and strengthen engagement with external partners, and she currently co-chairs a committee of university leaders to improve service delivery at Iowa State.

Prior to her current position at Iowa State, Schmittmann served as professor and chair of the Department of Physics at Virginia Tech. She previously served as an assistant professor and research associate at the Institute for Theoretical Physics III at Heinrich-Heine Universität in Düsseldorf, Germany.

Schmittmann earned her Ph.D. in physics from the University of Edinburgh in Scotland. 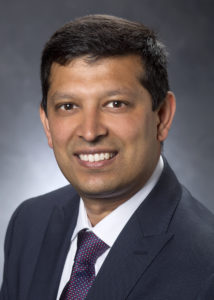 Shrivastav has served as UGA’s vice president for instruction since 2015. In that position, he oversees more than 20 offices and programs, ranging from admissions and financial aid to experiential learning and academic advising. During his tenure at UGA, Shrivastav has led the development and implementation of a series of university-wide instructional initiatives to promote student success. He also played a key role on the Innovation District Task Force and continues to serve on the Innovation District Launch Team.

Before coming to UGA, Shrivastav served as professor and chair in the Department of Communicative Sciences and Disorders at Michigan State University. He also has served as an associate professor at the University of Florida and research scientist at the Brain Rehabilitation Center, Malcom Randall VA Medical Center in Gainesville, Florida. While in Florida, Shrivastav co-founded a startup company, Audigence Inc., that commercialized research from his laboratory. The technology developed by the company was licensed for exclusive use by Cochlear Ltd., based in Sydney, Australia, the global leader in cochlear technology.

Shrivastav earned his Ph.D. in speech and hearing sciences from Indiana University, Bloomington. 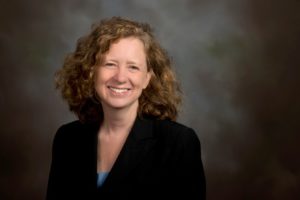 Spiller has served as the dean of the College of Letters and Science at the University of California, Davis, since 2017, overseeing the reintegration of Letters and Science into a unified college that is cohesive both administratively and intellectually. (The college had been restructured into three divisions in 1995.) She also established a Faculty Council to support research initiatives and foster new collaborations.

Before coming to UC Davis, Spiller served as the dean of the College of Liberal Arts and Human Sciences at Virginia Tech from 2014 to 2017. Over a three-year period, the college achieved a 59 percent increase in undergraduate applications and a 42 percent rise in incoming first-year students, reversing a seven-year decline. She served in previous positions at Florida State University, Texas Christian University and the University of North Texas.

Spiller earned her Ph.D. in English and American language and literature from Harvard University.

As the chief academic officer of the University of Georgia, the senior vice president for academic affairs and provost currently oversees instruction, research, public service and outreach, student affairs and information technology. The vice presidents of these five areas presently report to the provost, as do the deans of UGA’s 17 schools and colleges as well as the campus dean of the Augusta University/UGA Medical Partnership.