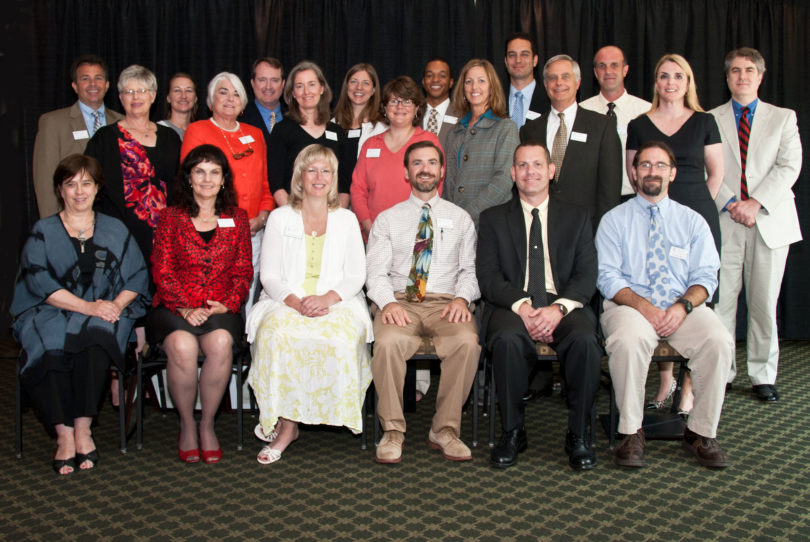 The university has renamed one of its leadership programs to honor a late, longtime administrator.

The Leadership Academy, a yearlong training program in the Office of the Vice President for Public Service and Outreach, has been renamed the Vivian H. Fisher PSO Leadership Academy in recognition of the late associate vice president emeritus who was influential in developing leaders and founding the academy.

“Vivian was extraordinarily dedicated to the University of Georgia and to public service and outreach, and she served as a mentor to many, many faculty and staff,” said Jennifer Frum, vice president for public service and outreach. “She was instrumental in implementing the first Leadership Academy class in 2007. Naming the PSO Leadership Academy for Vivian H. Fisher will preserve the work and memory of Vivian as an inspiration for us for years to come.”

Fisher started at UGA in 1979 in the Cooperative Extension and later became a public service faculty member in the Carl Vinson Institute of Government. In 1999, she was promoted to assistant vice president for public service and outreach, and in March 2001, she was promoted to associate vice president, a position she held until her retirement in January 2008. Named associate vice president emeritus upon her retirement from a 30-year career at UGA, Fisher died Aug. 30, 2008.

The academy prepares PSO-affiliated faculty and staff for leadership roles at UGA while helping these participants develop a deeper -understanding of the impact of public service and outreach. This year, 21 faculty and staff from various PSO units and the Cooperative Extension completed the program. Participants were paired with a mentor and attended eight leadership sessions. The Office of the Vice President for Public Service and Outreach recently honored graduates at a luncheon held at the UGA Hotel and Conference Center.

“It is my hope this program has been a time of self-renewal and professional revitalization for all of you,” said Jere Morehead, senior vice president for academic affairs and provost. “It also is my hope that by bringing a cross-section of PSO individuals together, new alliances will be formed and new opportunities for collaboration will occur that will drive your units forward in a collective and positive manner.”