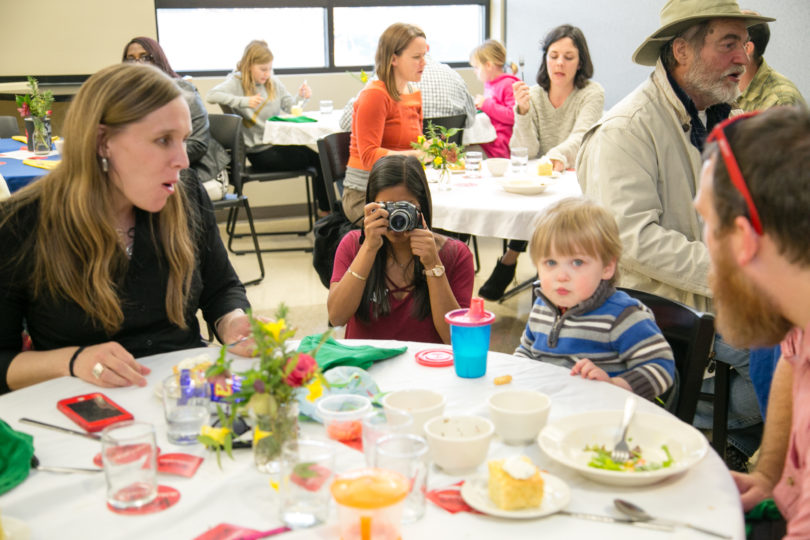 Giving back can be a way to make a living, not just an opportunity to volunteer, UGA’s Public Service and Outreach Student Scholars learn. 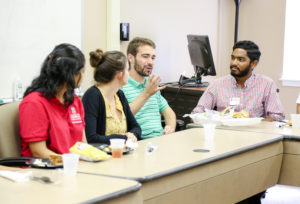 He spent some time last year in Kenya with an organization that helps death row inmates understand the legal system and in Washington, D.C., as an intern in Georgetown University Law School’s Criminal Justice Clinic, writing intake reports for the U.S. Department of Education’s Office of Civil Rights in Atlanta.

Those are experiences he never would have pursued if he had not participated in the PSO Student Scholars program, Scott said.

“It was the single most formative experience that I had in my college career,” he said. “It really started me on this trend of public service.”

As he prepares to graduate with degrees in international affairs and economics, he’s looking at opportunities to work overseas in legal clinics for indigent people or with a post-conflict nonprofit organization in Myanmar, as well as yearlong public service fellowships with other universities.

Since its inception, the student scholars program has introduced more than 100 UGA undergraduates to the public service mission of Georgia’s land-grant and sea-grant university. Participants learn about and visit each of UGA’s eight PSO units during the fall semester before completing a 150-hour internship with one of those units in the spring. Many have gone on to do paid internships in the summer and/or the following year.

“Students who participate in this program have an in-depth experiential learning opportunity that sets them apart from their academic peers,” said Jennifer L. Frum, vice president for UGA Public Service and Outreach. “They have a greater understanding of the state and the university’s role in helping Georgia’s communities and people prosper. Many of our student scholars stay engaged in public service in the communities where they settle after graduation.”

Like Scott, several former students say the program is a career-shaping experience. Uzma Chowdhury said her experience in the Students Scholars program shifted her goals from public policy to a more active, on-the-ground route into public service.

While she was teaching kindergarten through third grade at Seek Academy, a KIPP school in Newark, New Jersey, Chowdhury led a project to convert a vacant lot near her school into a community garden, much like the UGA student-run UGArden she worked at as an undergraduate. The produce from the garden goes back to the community while her young students learn about food, gardening and how to contribute to positive change.

“Without the skills I learned (as a student scholar), I couldn’t have come to New Jersey, become a teacher and started a school garden,” said Chowdhury, now a sixth-grade English teacher at KIPP Bold Academy in Newark. “The knowledge I learned in class was awesome but the ability to use that knowledge I got from working with PSO.”

It’s been an equally empowering experience for Jacob Kennedy. The 2016 UGA anthropology graduate taught English in Thailand last year before returning to Athens as the AmeriCorps VISTA volunteer at the UGArden, a student-run farm on South Milledge Avenue, this fall. He was a student scholar in 2014-15, interning with the Carl Vinson Institute of Government’s Information Technology Outreach Services.

As a young undergraduate, Kennedy envisioned working in geographic information systems, or GIS. That led him to a mapping project at the Institute of Government that studied training camps for runners in Kenya to learn how the success of those runners affects their communities.

He soon discovered GIS was a tool to help nonprofit organizations. Today, Kennedy is interested in working with the Archway Partnership or the Fanning Institute after he completes his service with AmeriCorps.

“Student Scholars really helped me hone in on what I wanted to do,” he said. “You usually associate UGA with football or your classes, but the program made clear how the university impacts the community. It makes you a more well-rounded person.”

Applications for the 2018-19 Student Scholars program are available now at http://bit.ly/1LcrlnC. The deadline to apply is March 30.