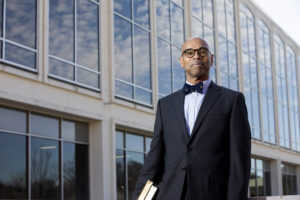 Joseph Watson, Carolyn Caudell Tieger Professor of Public Affairs Communications in the Grady College of Journalism and Mass Communication, was recently quoted in an ABC 10 article about the implications of the First Amendment with regard to social media networks.

Regardless of the Constitution’s guarantee to free speech, it’s completely legal for social media networks to block content.

“Social media platforms are private companies,” Watson said. “As such, they’re not subject to the First Amendment.”

The First Amendment stops government entities from restricting speech. However, social media sites can legally silence speech they deem inappropriate. That’s because these platforms aren’t an arm of the government.

Privately owned companies—like Twitter and Facebook—can control speech just like a person can end a conversation they don’t appreciate inside of their home, Watson said.

“If Uncle Larry is getting too loud at Thanksgiving , you say, ‘Uncle Larry get out, I don’t want to hear your talk.’ You’re free to do that,” he said.

Though legal, Watson agreed that limiting speech on social media is also risky.