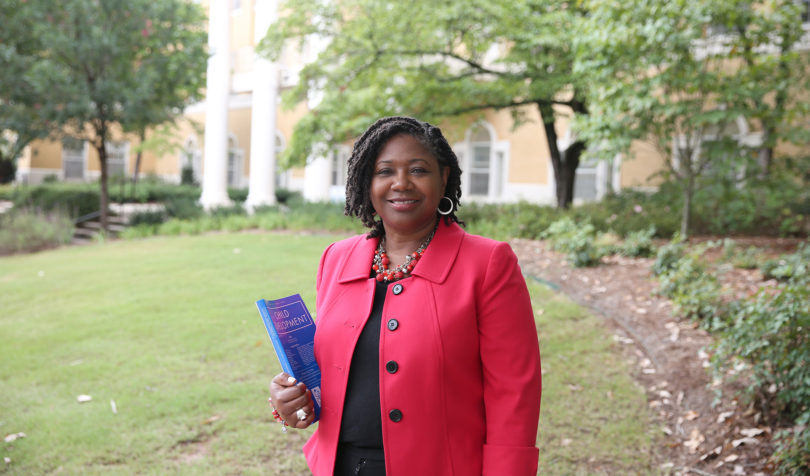 Elementary school-aged children in high-quality after-school programs were found to be more competent, caring and respectful toward adults in a new study led by a University of Georgia researcher.

With 70 percent of all juvenile crime being committed between 3 and 6 p.m., findings suggest improving the quality of after-school programs can have a protective effect on youth.

More than 500 children participated in the study, with data collected from more than 70 after-school programs over a three-year period from 2009-12.

Researchers measured the quality of after-school programs using independent observers. Elementary school children in grades two through five reported the amount of respect for adults, levels of competence, feelings of connectedness and concern for each other.

“We spend so much more time talking about the problems that youth have and so little time relatively talking about what are the positive ways in which they’re growing and developing,” said lead author Emilie Smith, the Janette McGarity Barber Distinguished Professor and head of the human development and family science department in UGA’s College of Family and Consumer Sciences. “I think if we can foster positive programming for kids between those after-school hours, we’re going to have a powerful impact on delinquency.”

The study was conducted largely to gain a better understanding of positive youth development, or those factors that drive pro-social behavior among youth, rather than taking a “deficit model” approach that focuses on delinquency.

Independent observers measured the quality of after-school programs across time, including levels of harshness toward children, appropriate structure of the program, supportive relationships with adults and levels of youth engagement.

“That was a telling lesson”

Smith said when adults in the after-school program showed genuine interest in the children, the children in turn demonstrated more respect.

“I think it’s maybe a little counterintuitive because maybe we think we have to be tough to get respect,” Smith said, “but really it’s when you show understanding and are really interested in someone else, particularly a young person, and engage them, ask their opinion, ask them to take leadership roles, that they have more respect for you. That was a telling lesson.”

The paper, “Positive youth development among diverse racial-ethnic children: Quality afterschool contexts as developmental assets,” was published in the July/August issue of Child Development, a top-ranked journal in the field.

The paper was included as part of a special section, edited by Smith, Patrick Leman of King’s College in London and Anne Petersen from the University of Michigan, that focuses on understanding areas of strength among youth, their families and communities.

The special section includes papers from Colombia, Greece, South Africa and Turkey, providing data on how youth overcome challenges such as economic crises and societal inequality.

“What makes me so proud about this special section is that this is looking at particularly ethnic minority and disenfranchised youth in the U.S. and around the globe and what are the ways we help them become caring and engaged members of their communities,” Smith said. “We look not only to what we can do for youth but also what we can accomplish with them.”

A full version of the paper is available online at http://onlinelibrary.wiley.com/doi/10.1111/cdev.12870/full