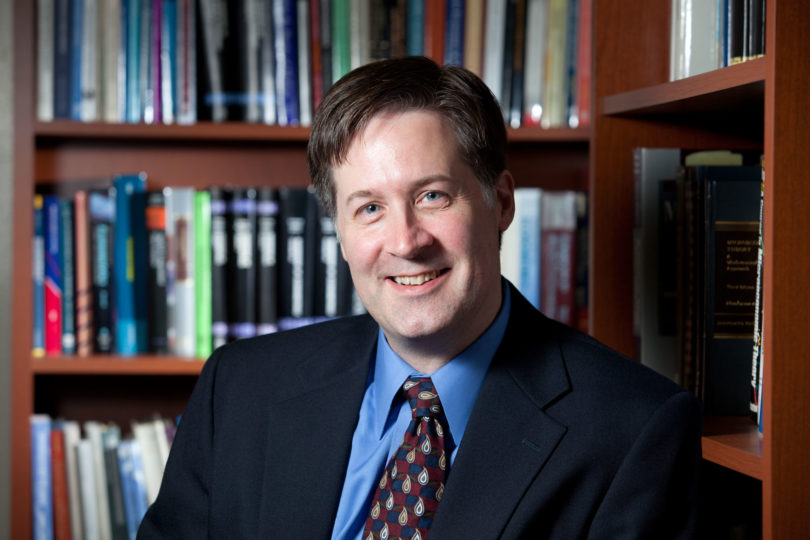 “We see healthier outcomes for the most part, except for mental health,” said David Bradford, who holds the Busbee Chair in Public Policy in the School of Public and International Affairs.

Bill Lastrapes, economics professor in the Terry College of Business, worked with Bradford to study how recessions impact mental health. The results of the study were published in the September issue of Health Economics.

“A large part of the cost of recession is risk, and risk in and of itself can make people depressed and cause stress,” Lastrapes said.

Using 21 years of census data from the National Ambulatory Medical Care Survey of physicians, from 1989 through 2009, Lastrapes and Bradford looked at the relationship between unemployment rates and the prescribing of drugs used to treat mental illness. The survey period covered three recessions, with the largest being the Great Recession from December 2007 through June 2009.

“Unemployment rates in the U.S. exceeded 10 percent during the Great Recession, but that means 90 percent of the labor force was still working. So, people were not necessarily depressed because they didn’t have a job, but maybe because they were afraid of getting laid off,” Lastrapes said.

“We are talking about effects too large to be explained by just those losing their jobs, which suggests recessions have a significant impact much broader than those directly affected by the job loss,” Bradford said.

Researchers noted insurance rates were slightly higher in the Northeast, 90 percent, compared to 83 and 84 percent in the South and West but were slightly higher than the Midwest. The increase in medical coverage could have an impact on the number of people seeking medical help and ultimately receiving prescriptions for depression.

“At this juncture, though, our data are not detailed enough to explain what drives our findings,” Lastrapes said. “Ultimately, we want to understand how the economy affects the demand for mental health drugs at the ‘micro’ level.”

Bradford and Lastrapes now are looking at data from individuals. They hope to more completely learn about why mental health drug use might be related to job market status and recessions, and what might cause this relationship to differ across individuals.