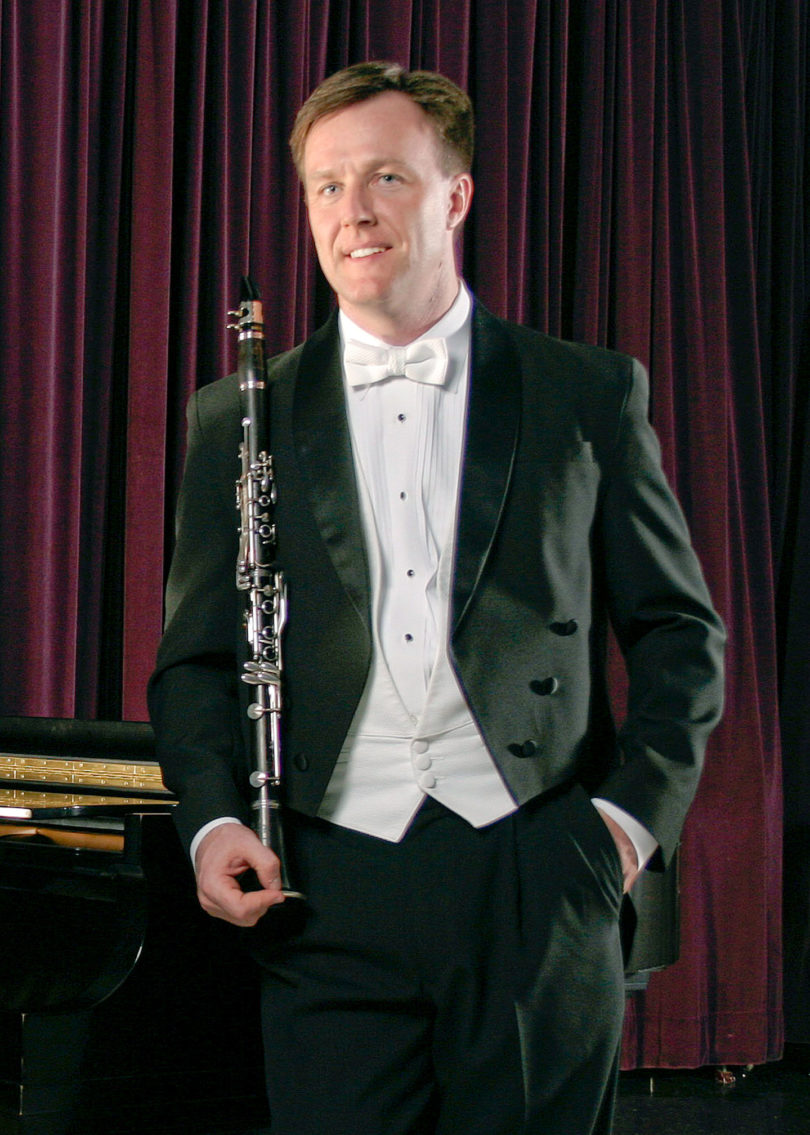 For his faculty recital, D. Ray McClellan, professor of clarinet, decided to share the spotlight.

To be held Sept. 18 at 8 p.m. in Ramsey Concert Hall, the concert will feature chamber music and performances by violinist Benjamin Sung, and his wife, pianist Jihye Chang. Tickets are $10, $5 for UGA students with ID.

Inspired by a meeting at a Brazilian chamber music festival earlier this year, McClellan knew he had to collaborate with Sung again, and he saw this recital as his opportunity.

“We had such a good experience performing, that we talked about the possibility of playing together again. Ben’s wife, Jihye, is a brilliant and accomplished pianist,” said McClellan, who also is a member of the Georgia Woodwind Quintet. “This inspired us to build a program around a violin, clarinet and piano trio.”

The performance, the first of the 2012-2013 Hugh Hodgson Faculty Series, consists of 20th-century chamber music as well as older, separate works for violin, clarinet and piano alone.

Each musician will play a short solo piece, either by or in the style of Paganini.

“If you are not familiar with the rapid athleticism of Paganini’s music, these pieces will be a real treat,” said McClellan. “You will hear more notes in 10 minutes than you often hear in an entire concert.”

McClellan has performed worldwide in recitals and as a performer with the President’s Own Marine Band.

Sung is an assistant professor of violin at Florida State University. A strong proponent of new music, he has recorded new works extensively with his wife on piano. Both hold doctorate of music degrees from Indiana University. The couple lives in Tallahassee, Fla.