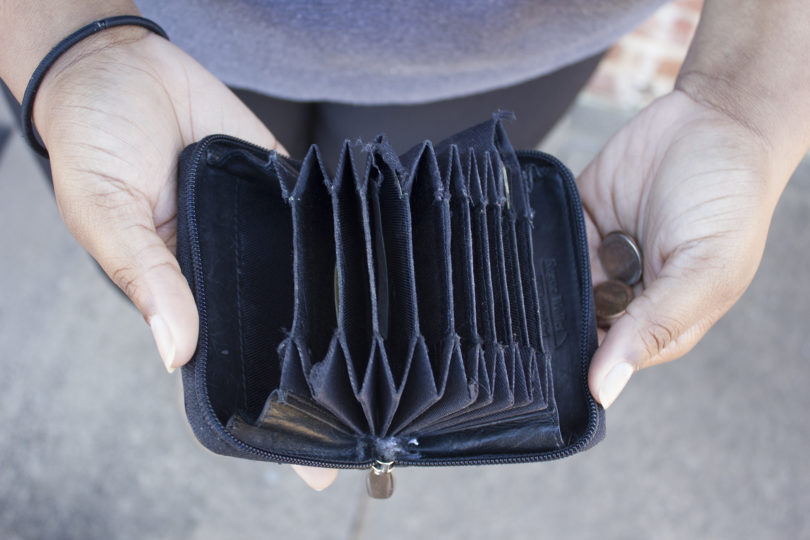 A new study by University of Georgia researchers on how poverty impacts people may result in more effective ways to reduce hardship. (Credit: Laurie Anderson/UGA)

Although millions of people live in poverty in the U.S. — about one in seven, according to the U.S. Census Bureau 2015 estimates — many Americans do not understand how difficult it can be.

In a recently published study which drew its data from Reddit, a social media and discussion website, University of Georgia researchers got a clearer picture of what being poor in America is like. The findings may help social service providers and policymakers create more effective ways to lift people out of poverty.

Reddit is among the most-visited websites in the U.S., with approximately 274 million unique monthly users, according to the company.

“The sheer number of posts concerning one topic enabled us to add to an understanding of the lived experiences of poverty,” said Mary Caplan, assistant professor at the School of Social Work and lead investigator of the study.

Caplan and her colleagues analyzed more than 14,000 archived posts that responded to a question posed by an anonymous Reddit user: “What do insanely poor people buy that ordinary people know nothing about?”

The responses, made between fall 2014 and summer 2015, presented an array of ways in which those living in poverty often struggle with to simply get by.

For example, many commenters reported spending considerable time searching for the least expensive goods and made heavy use of free or found items, including those of borderline quality.

“I grew up eating expired foods because they were cheap or free,” wrote one commenter.

Numerous commenters also noted how lack of a car not only added hours to the amount of time they spent getting to and from work, but also increased the cost of groceries and other goods they could obtain, because cheaper stores were too far away.

Without a car, moving out of a low-wage job also became a Catch-22.

“I couldn’t work another job [to pay for a car] without a car that I can’t afford because I’m stuck at $8 an hour,” wrote one.

We read story after story of the saving grace of unexpected breaks. People were haunted by those experiences and had a strong desire to give back. — Mary Caplan

Two phenomena surprised the researchers: children who deliberately did without, and the long-lasting effect that sudden help from friends or strangers had on individuals. Some Reddit commenters noted how, as children, they would quietly give up fee-based activities at school such as field trips to avoid burdening their parents. Others mentioned the profound effect that unexpected generosity had on them when it came at a crucial time.

“We read story after story of the saving grace of unexpected breaks,” Caplan said. “People were haunted by those experiences and had a strong desire to give back. We had not seen that response in other studies which utilized personal accounts of hardship. Social service personnel need to consider it when developing interventions.”

The study marked the first time that social work researchers have mined Reddit for qualitative data — data that consists of subjective, individual viewpoints. Qualitative data can lead to a deeper understanding of human behavior, but collecting it often involves expensive and/or time-consuming questionnaires or direct interviews. As a result, studies that use qualitative data are often limited to examining a small number of people and may only indicate areas that need further research. Using the actual content of thousands of anonymous Reddit posts, Caplan and her colleagues were able to amass a huge data set that supported recommendations for action.

Social workers who know about the need to give back, for example, could enlist “poverty alumni” to assist as mentors or provide peer-to-peer counseling, Caplan said.

The researchers also recommended that social service providers look at ways to streamline processes so people with few resources can more quickly access needed services, and that nationally accredited social work schools should make a course on poverty a required part of all degree programs.

“Social workers are not always aware of the impact of fiscal hardships or the meticulous financial scrutiny and management that poverty necessitates,” Caplan said. “The findings from this study may inform front-line social workers and should inform higher education as well.”

The study, “Personal Accounts of Poverty: A Thematic Analysis of Social Media,” was published in the online issue of the Journal of Evidence-Informed Social Work and is available online. It was co-authored by UGA doctoral student Gregory Purser and Peter A. Kindle, associate professor of social work at the University of South Dakota.