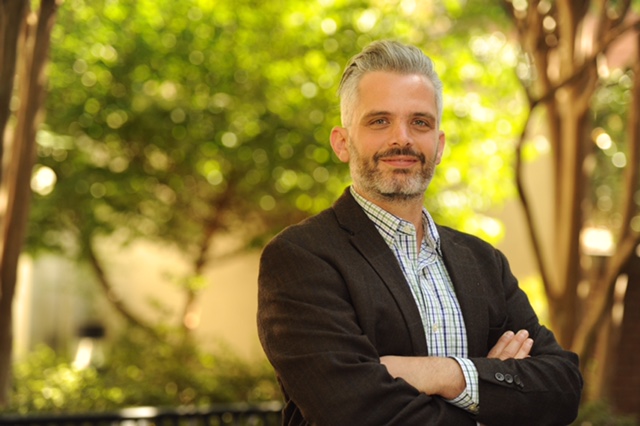 Athens, Ga. — Half of all workers say they found their current job through a friend or social acquaintance, but “job-referral networks” may help perpetuate inequality, according to new research from the University of Georgia.

“Workers that get hired through referrals almost always tend to keep their jobs longer, which suggests that referral can be a way of improving the match between the worker and the firm,” said Ian Schmutte, author of the study and assistant professor of economics at UGA’s Terry College of Business. “So referrals lead to better jobs, where both sides are happier and the jobs last longer. For firms, it’s more profitable because they don’t incur the cost of turnover. For employees, there is some evidence those hired through referral earn higher wages.”

Because they can enhance productivity, firms may increasingly use referrals to recruit talented workers, Schmutte said. But because referral networks tend to be concentrated around people who look and act a lot like current employees, referrals can pose problems for diversity.

“On the one hand, referral networks exist to solve information problems in the labor market. If you’re an employer you don’t have all of the information you want about a potential worker, you want to know about their character, if they show up to work on time or are they going to be good at this particular type of task, are they going to fit in with the team, that kind of thing,” Schmutte said. “Referrals can answer some of those questions and reduce the information problems, so economists tend to think that makes the labor market more efficient.

“On the other hand, if this is how most people find jobs, it means that they’re relying on social networks, which tend to be constructed on the basis of social and economic hierarchies that can be based on historic patterns of racial or class stratification. As a result, they can perpetuate inequality or have an ‘old boys club’ character to them. So referral networks can be both efficiency enhancing and also lead to particular types of inequalities.”

Schmutte’s synthesis of recent research, published in the IZA World of Labor, argues that while good workers tend to know other good workers, most people are confined to fairly homogenous social spheres.

“It’s clear that job referrals are a large share of total employment and their relevance surprisingly seems to be increasing, rather than decreasing, over time,” he said. “In spite of the fact that there are lots of other ways to get information about people, firms are increasingly utilizing job-referral networks. That means they’re important. But it’s hard to quantify how much they’re enhancing efficiency versus how much they’re increasing inequality.”

The ramifications of job-referral networks aren’t clean cut, Schmutte said. He isn’t certain what consequences could emerge from a policy that limits or encourages firms’ use of job referrals.

“I’m a fan of evidence-based policymaking, and while the evidence here is suggestive, it’s still at an early stage,” he said. “We don’t fully understand the way these things work so my advice would be leave our hands off and try to collect a little more information.”