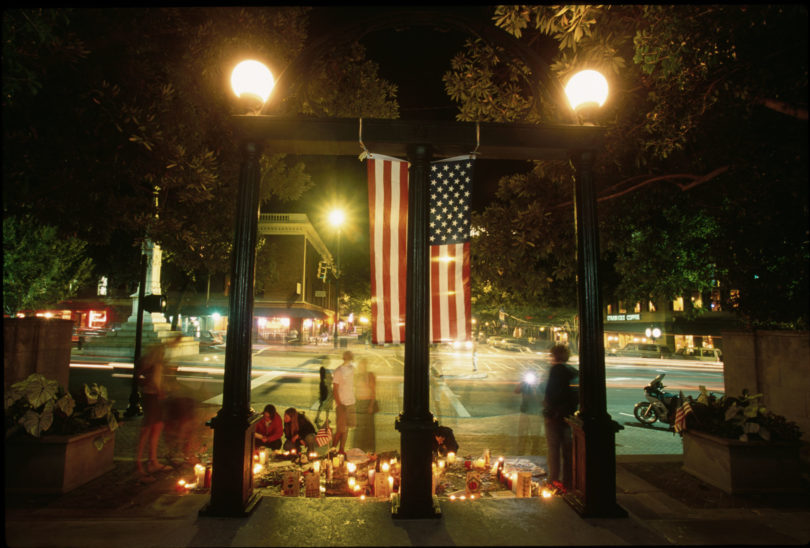 Living in the aftermath of the Sept. 11 terrorist attacks, reminders have been as inescapable as they are painful. Constant references-from U.S. flags posted on front lawns to politicians’ rants-have kept the specter of Al Qaida planted in America’s collective consciousness.

But the shock and fear of that day have worn off.

The emotions many Americans suffered as they learned about the attacks might be best forgotten, but feelings may swell up again with the advent of their fifth anniversary.

“In our culture certain anniversaries have meaning, and that meaning can make the experience much more real,” said Donna Bliss, assistant professor in the School of Social Work.

“When you look at a symbolic anniversary of trauma, it can be much harder for people to deal with. People talk about feeling much more sad on the anniversary of the death of a loved one. And there are more movies coming out and things happening this year (about Sept. 11), which can really amplify those feelings,” added Bliss, who studies post-traumatic stress disorder.

Disorders like PTSD affect people from the inside out, meaning it’s less about what someone went through than what they felt, Bliss said. Therefore people across the nation might be more likely to relive their Sept. 11 experiences this year than in the past, though most do not have PTSD.

“Certainly someone in New York City is going to feel it much more acutely because it’s more close to home, but that’s not to say that people in Athens aren’t going to experience that, just maybe not to the same degree,” Bliss said. “You can’t assume that people who weren’t there didn’t feel trauma.”

The attacks were more than personal trials; they represented a breach in national consciousness, experts say. Many Americans felt for the first time a new kind of fear and demanded to feel safe again.

The trouble is that fear is hard to measure, said UGA psychology professor Adam Goodie.

“There’s no way to say, ‘We’re 5 percent safer now than we were five years ago.’ Or anything like that,” Goodie said.

All the same, government at all levels responded to the crisis. Places with clustered residential centers or high-risk targets began shifting security to step up prevention. UGA, which houses potentially dangerous laboratories, adjusted accordingly.

“The formation of our whole office was the result of 9/11,” said Opal Haley, director of UGA’s Office of Security and Emergency Preparedness. “We’re trying to educate all of campus in their role in preparedness and watching for terrorism on all fronts.”