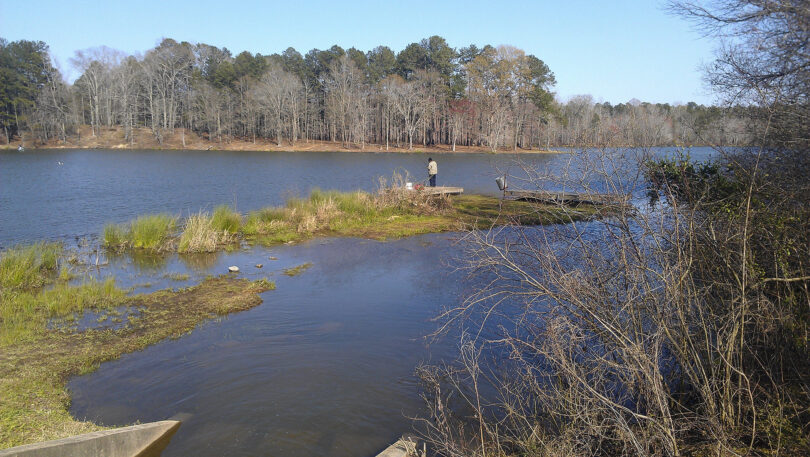 Fisheries can be managed to attract a broader range of people

A good day of fishing can mean different things to different people.

It goes beyond what you catch (or don’t). A successful day out on a lake or river is also affected by factors such as whether you want to fish from the shore or a boat or what kind of fish are stocked. Any fishery can be one angler’s secret spot—and another’s last resort.

Many of these factors can be controlled by fisheries managers, though, and a study recently released by University of Georgia researchers offers insight into how these factors can attract a broader range of anglers. Published in the journal Human Dimensions of Wildlife, the study analyzes fishing preferences between white and nonwhite anglers and, in turn, can help guide managers looking to improve management of a fishing area. 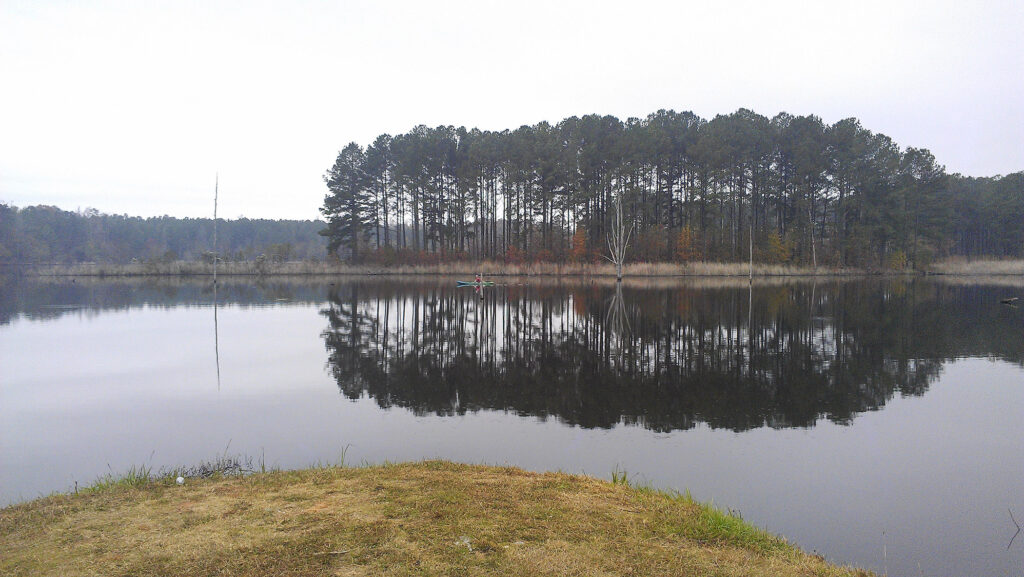 Marben Public Fishing Area is located within Charlie Elliott Wildlife Center and Clybel WMA, a 6,400-acre area with 20 different ponds, ranging in size from 1 to 95 acres. The ponds are intensively managed for fishing and offer anglers the opportunity to fish for largemouth bass, bluegill, channel catfish, crappie and redear sunfish. (Submitted photo)

The study has already come in handy for its lead author, Hunter Roop, a graduate of the UGA Warnell School of Forestry and Natural Resources and a fisheries biologist for the Georgia Department of Natural Resources. The study was part of Roop’s master’s thesis, and he says its findings are useful as he sets goals and expectations for Lake Lanier, one of Georgia’s most popular fisheries and one he helps manage.

“Anglers are a diverse community and they don’t all want the same thing—so, there’s potential for conflicting angler preferences,” said Roop. “As fisheries managers, we’re here to manage for the greater good and the most people, so this study has created a set of expectations for myself that’s helped me so far in my career.”

The study was a creel survey of anglers who visited Georgia DNR’s Marben Public Fishing Area at the Charlie Elliott Wildlife Center, one of 11 public fishing areas the agency manages. Roop and his study partners—Cecil Jennings, adjunct professor at Warnell and the fish and wildlife unit leader for the USGS Georgia Cooperative, and Neelam Poudyal, associate professor at the University of Tennessee—asked anglers about their fishing habits, attitudes toward management, management factors that affected their fishing satisfaction and other questions specific to fisheries management at the location.

While some differences among racial and ethnic groups have been documented in previous studies of outdoor recreation, this analysis looked to take that information a step further by investigating how fishing success, species preference and attitudes about management differed between white and nonwhite anglers. As a result, Roop, Poudyal and Jennings made specific findings such as:

There were some areas where the groups found agreement, though. For example, changes in water level or difficulties in catching fish had little effect on the fishing satisfaction for either group. There was also little difference between the time of year or day groups fished, nor the amount of time they spent at the lake.

Roop notes that while the paper is more of a summary of findings rather than a complete research article, it is part of a larger project surveying fishing activity at Marben Public Fishing Area. Also, the even sampling of both white and nonwhite respondents offers the chance to obtain a more detailed look at the differences between groups.

Roop adds that the take-home message from the paper is that anglers are not one large, homogenous group. Understanding this, he said, fisheries managers can translate this information into, for example, how amenities are constructed, how shorelines are maintained and how fish populations are managed. “It ties back to how our human populations are shifting, in terms of growth and diversity, and how we can better cater to all anglers,” he added.

And given that the Southeast is a hot spot for population growth and racial diversity—as well as fishing—there are lessons from the study that are as applicable in Georgia as they are across the country. “Because of population trends and the diversity of the angling community—and the human population in general—there’s definitely an interest in understanding these trends, how to appeal to minority groups and how to bring them into outdoor recreation, with fishing being one of those components,” Roop said.