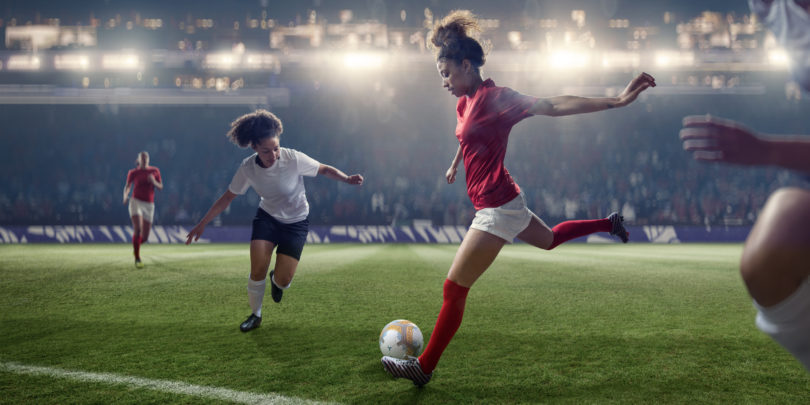 Concussions often are underreported by those experiencing symptoms, and most education programs assume that increased knowledge will improve that rate. But new research from the University of Georgia suggests that knowing how to report a concussion—rather than knowing more about concussions—is a greater factor in prompting athletes to take action.

“Athletes vary considerably in the amount and kind of education they receive about concussion reporting and in their understanding of what to do,” said Dee Warmath, assistant professor in the College of Family and Consumer Sciences. “I think it’s a mistake to assume that when the time comes and they’re possibly concussed, they’ll automatically know the right steps to take.”

In a paper published in Sports Health: A Multidisciplinary Approach, Warmath and co-author Andrew Winterstein (department of kinesiology, University of Wisconsin-Madison) developed a scale for reporting skill—a missing ingredient in concussion literature that may help explain why most concussion education has not proven to be effective.

Reporting skill is defined as mastery of the actions required to report a concussion, including knowing when you don’t know enough to act and need to seek more information. This “how to” component has been shown to be significant in areas like sexual harassment reporting, whistleblowing and financial wellness.

Warmath, who approaches concussion study from a consumer economics and psychology perspective, has worked with the Consumer Financial Protection Bureau on financial decision-making. In that work, she found that overall knowledge mattered less than skill in knowing how to find and incorporate information into the decision-making process.

“It’s hard for us to talk about money and challenges we have or things we don’t understand. We’re much more likely to learn from mistakes,” she said. “And in concussion and in finances, there are costs to mistakes in terms of whether you do the right thing in the process.”

In this study, Warmath and Winterstein surveyed a national sample of 1,305 active adults aged 18 to 24 who participated in a variety of sports and activities at different levels of competition. The survey was divided into three waves. Analysis of the first and second waves established and confirmed a scale for reporting skill on concussion, and the third wave used the scale to assess the team’s hypotheses.

The participants were shown a reporting skill scale that included five statements—“I know how to make myself tell someone if I have a concussion,” for example—and asked to rate how well each statement described them.

The findings suggest that a combination of reporting skill and concussion symptom knowledge offers the most promising path to increased concussion reporting. This requires moving beyond a general call to “tell someone” and developing a game plan for reporting that includes assessing whether individuals understand how to report and can execute the required steps. The objective is to make the steps familiar so that when the time comes, the barriers associated with lack of skill and self-efficacy are removed, according to Warmath.

In other words, practice makes perfect.

“Teams never just sit in a room and talk about the plays they’re going to run. They go out and practice them so they’re ready to react when the time comes,” she said. “We want teams to approach concussion reporting skill in the same way.”

Warmath and Winterstein’s research was funded by an NCAA/Department of Defense Mind Matters Challenge grant, aimed at changing attitudes about concussions in young adults and creating education programs tailored to them.

The article is available online.