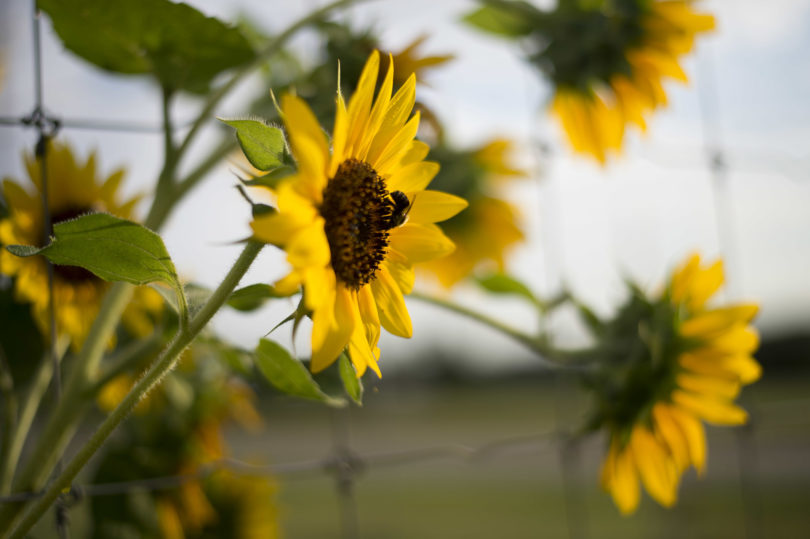 The results could improve production of agricultural crop plants

How do sunflowers grow in the desert? Wild sunflowers display extensive variation, both between and within species, and scientists have now reported that variation is preserved by blocks of “supergenes” that permit adaptation to different environments.

Such evolutionary changes are normally broken apart across generations of mating. Considered one of the world’s most important oilseed crops, this finding should improve breeding of the cultivated sunflower. The finding also sheds light on one of the oldest questions in evolutionary biology.

The new findings, published July 8 in the journal Nature, explain how distinct forms of plants are established and endure, and provides new details about how species arise.

The study by an international research team led by the University of Georgia and the University of British Columbia focused on three wild relatives of cultivated sunflower. Researchers were able to identify key genes as well as so-called “supergenes,” sets of genes that are co-inherited as a block due to changes in chromosome structure, which enable sunflowers to adapt to a variety of environmental variables, including temperature, precipitation and variation in soil fertility.

“Beyond providing insight into how biodiversity arises and is maintained, one of the things that excites me the most about this work is its potential impact on the development of more resilient crop plants,” said John Burke, Distinguished Research Professor in the UGA Franklin College of Arts and Sciences department of plant biology.

“In an agricultural context, stressors like drought and degraded soils can dramatically reduce crop productivity, thereby threatening food security,” Burke said. “But, in many cases, the wild relatives of crop plants have adapted to deal with these changes, and since they are often interfertile with the crop, we can leverage the solutions that they’ve already come up with for crop improvement.”

Researchers also found genomic regions influencing traits of agronomic importance, such as the large seeds of dune-adapted populations, which can be as much as 60% larger than typical wild sunflower seeds – particularly valuable for a seed crop like sunflower.

The sunflower genome is quite large, spanning more than 3 billion DNA base pairs (represented by the letters G, A, T and C). As part of the study, the researchers resequenced the genomes of over 1,500 individuals across the three species, work that involved the generation and analysis of an enormous amount of data.

Sunflowers are grown in the central part of the U.S., from the upper Midwest region in and around the Dakotas down through the high plains of Kansas, Nebraska and Colorado, and into west Texas. The sunflower genus (Helianthus) is actually native to central North America, so the wild species studied here span a range of sometimes extreme environments that includes the major sunflower producing region and makes them particularly relevant to ongoing improvement efforts.

“This new paper contributes to our understanding of how plants are well-matched to their current environments, and provides insight on how native sunflowers and their crop relatives may respond to changes in environment associated with climate change,” said co-author Lisa Donovan, Distinguished Research Professor and head of the department of plant biology.

Research for the study was funded in part by a grant from the National Science Foundation Plant Genome Research Program under a multi-institutional grant led by UGA with Burke as principal investigator and Donovan as a co-P.I., and with support to UBC from Genome Canada.