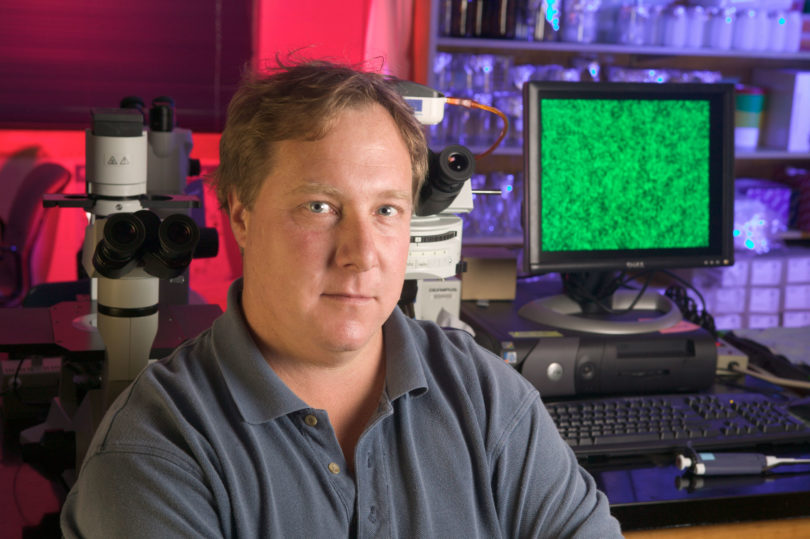 Since discovered as a way to prevent smallpox in the 1700s, vaccines have earned a spot among the greatest advances in medicine. Now, UGA researchers are looking to vaccines to prevent obesity, one of the biggest health challenges facing not just the U.S., but countries worldwide.

Obesity is now understood to be caused by a complex interaction of genetic, behavioral, nutritional and-scientists now believe-viral factors, opening the door for potential prevention with a vaccine.

“We’re taking advantage of the fact that a unique variation, or serotype, of adenovirus has been found to cause obesity in animal models and has been associated with obesity in humans,” said Ralph Tripp, professor of infectious diseases in the College of Veterinary Medicine and Georgia Research Alliance Eminent Scholar in Vaccine Development.

Tripp is part of two research teams that received $25,000 each from UGA’s Obesity Initiative to collect initial data for current and future grant proposals. One is investigating obesity and bone strength, and the other is researching obesity and stem cells.

“By teaming with professors in foods and nutrition, infectious disease, and biochemistry and molecular biology, we’re able to combine our strengths to look at how infectious disease and stem cell development can impact obesity,” Tripp said. “We’ve brought together the various sciences for which we didn’t previously have expertise.”

The first UGA team is trying to determine the link between obesity and a specific adenovirus infection, Adenovirus 36, which is a common virus that can cause upper respiratory and gastrointestinal symptoms, such as sore throats, diarrhea, colds and pink eye. It’s been found in about 30 percent of obese human adults and in an even greater percentage of obese children.

While there is considerable interest in studying viral-induced obesity in humans, the mechanism of action of Ad36 is not clearly understood, Tripp said.

He explained that a type of adult stem cell, called mesenchymal stem cells, generates bone, cartilage and fat cells. Scientists have found, however, that infection with Ad36 causes mesenchymal cells to increase production of fat cells.

Collaborators on the project include Tripp, Stephen Tompkins, a professor in College of Veterinary Medicine’s infectious diseases department, and Stephen Dalton, GRA Eminent Scholar of Molecular Cell Biology and director of UGA’s Center for Molecular Medicine.

The second team, which is looking at adenovirus, obesity and bone strength in preadolescent children, includes Tripp, Tompkins, professor Richard Lewis and research scientist Emma Laing from the foods and nutrition department in the College of Family and Consumer Sciences.

Previous work by this team found that Ad36 infection is not only associated with obesity, but also with smaller, weaker bones in obese young adult females, ages 18-19. Because 90 percent of adult bone mass and strength is developed before this age, the current study will seek data about younger children.

The researchers found that, in contrast to the long-held belief that obesity is advantageous to bone, lower bone mass and higher skeletal fracture rates have been reported in both obese children and adults compared to their normal-weight peers.