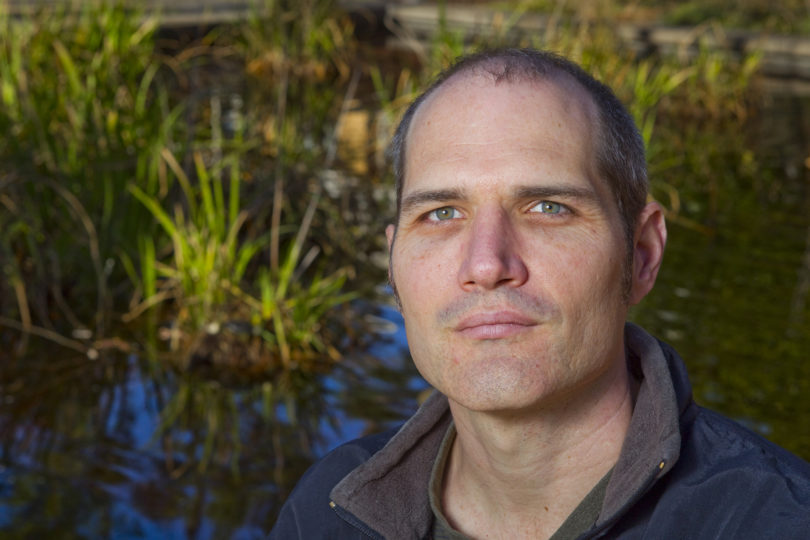 An aquatic plant classified as an exotic invasive species actually is a native perennial that could help control water pollution, a UGA researcher argues in a paper published in the journal Conservation & Society.

Compelling evidence including pre-Columbian fossils indicates that water lettuce (Pistia stratiotes) existed in Florida millennia before the Spanish arrived in 1565, said Jason Evans, a faculty member with the Carl Vinson Institute of Government, a UGA public service and outreach unit. According to Evans, nutrient pollution in Florida’s waters encourages water lettuce to grow explosively-a classic indicator that contributed to the plant’s designation as a non-native invader.

Water lettuce, a floating plant with a cluster of veined leaves, thrives in freshwater streams and ponds in Florida. It grows in tropical and subtropical climates throughout the world, and scientists for years have debated where it is native and where it was introduced.

“Because water lettuce showed this fast-growing behavior, it got lumped in with non-native invasives,” Evans said. “But the uncertainty of whether it’s native or non-native always has been acknowledged and been an undercurrent in how to classify the plant.”

The Florida Exotic Pest Plant Council classifies water lettuce as a non-native invasive plant that disrupts native plant communities. But a fresh look at available evidence suggests it is native to Florida, Evans argues in “Pistia stratiotes L. in the Florida Peninsula: Biogeographic Evidence and Conservation Implications of Native Tenure for an ‘Invasive’ Aquatic Plant.”

Most scientists classify as native the plants and animals found in the Western Hemisphere when Europeans arrived in the late 15th century. Botanists John and William Bartram observed water lettuce in the St. Johns River basin in 1765, but they visited the peninsula 200 years after Spanish explorers founded the city of St. Augustine. Many botanists consider water lettuce and other plants seen by the Bartrams as natives, but others think the Spanish could have brought water lettuce to Florida decades earlier in ship ballast or on purpose.

Evans contends that accidental or intentional introduction is unlikely and said fossil and seed evidence supports the view that water lettuce grew in Florida thousands of years ago.

The Spanish weighted their ships with dry ballast-coastal rocks and sand, mainly-up until the time the Bartrams reported finding water lettuce 200 miles up the St. Johns River. But according to Evans, it’s unlikely the seaside ballast would include freshwater plants like water lettuce and even if it did, salt water leaking into the hold probably would have killed any hitchhiking freshwater plants. Besides, there’s no reason to believe sailors would venture far upriver and dump ballast where the Bartrams found water lettuce colonies, Evans said.