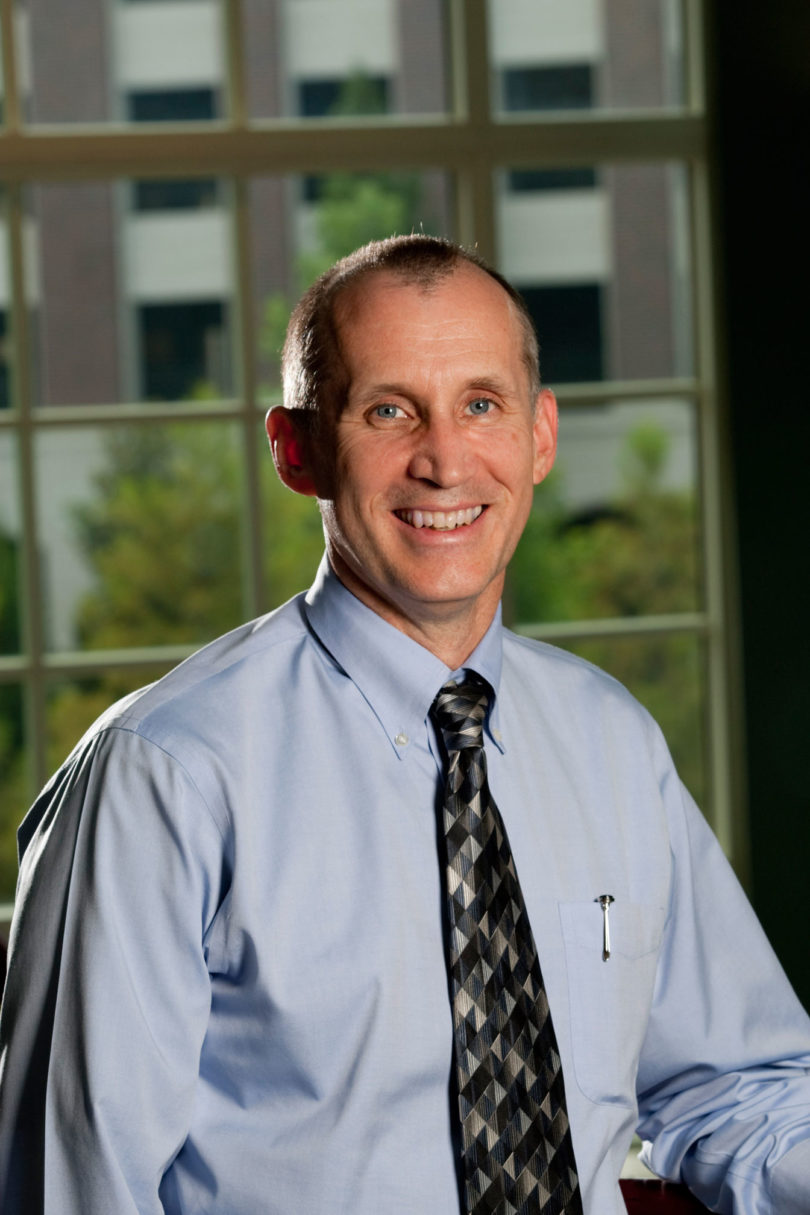 Christopher Whalen, the Ernest Corn Professor of Epidemiology in the College of Public Health, has received a five-year, $2.82 million grant to research how tuberculosis is transmitted in urban environments in Africa.

Funded by the National Institutes of Health, Whalen’s study will be done in conjunction with researchers in Uganda. Noah Kiwanuka, a professor and physician who teaches at Makerere University, will serve as the principal investigator in Africa.

“We have 9 million new disease episodes of tuberculosis each year,” Whalen said. “Even though we don’t face the same problems with it in the U.S., it’s important to remember that infectious diseases don’t regard political borders, and what is over there could show up here.”

Given the ease with which it can be spread, TB is a challenging disease to track. Since it can be transmitted from one person’s respiratory system to another, Whalen said it’s possible that an infected individual could enter a crowded room, cough for a period of time and, if the room lacks adequate ventilation, substantially increase the likelihood of infection for others present in the room.

He will try to identify where transmission occurs in a community and what types of human interaction are facilitating the spread of the disease.

Whalen, as a physician, is board certified in infectious disease and previously studied TB transmission inside African households. His past research involved mostly closed environments, where TB cases could be more easily managed through isolating patients and providing necessary treatment.

“Think about the other extreme, where most of the transmissions are occurring in the community,” Whalen said. “Well, then what? How do we control it in a larger community? No one really knows how best to intervene. We have a lot of antidotal evidence, but we need to better understand transmissions, and this study is intended to shed light on the mechanisms of transmission.”

The study also will track a group of patients not infected with TB for one year in an attempt to closely monitor the types of interaction they are having. Researchers will be looking for individuals who become infected during that year, Whalen said, in hopes of chronicling the various social patterns that led to the new infection.

“The whole idea is to try and better understand how TB transmission is occurring within the different communities in Africa,” he said. “We’ve come to realize that to control TB effectively, we need to block and reduce the amount of transmission.”

Whalen’s research project is the latest in an ongoing partnership with Makerere University, which includes a recent symposium hosted at the college featuring professors and researchers from the Ugandan institution. An upcoming May term session at UGA will focus on global perspectives of HIV/AIDS that Whalen and Kiwanuka will teach.