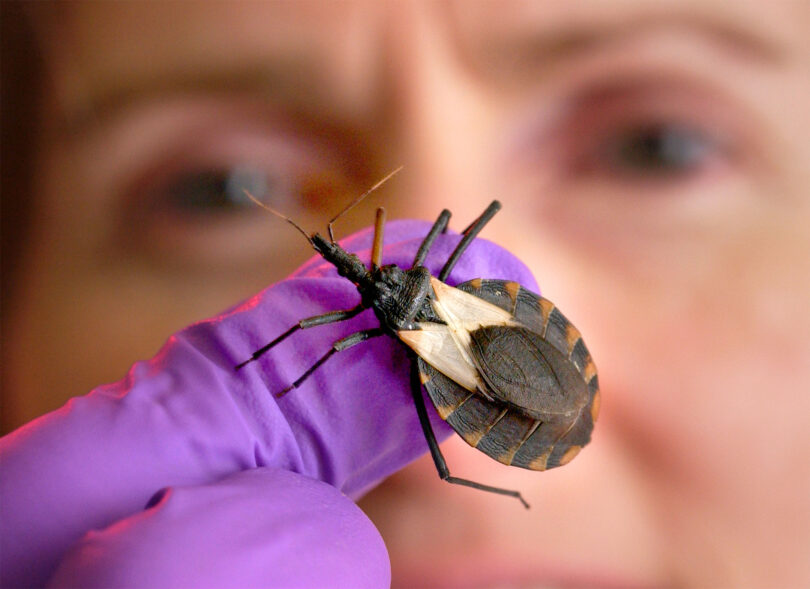 The new drug works by targeting the parasite that causes Chagas disease, Trypanosoma cruzi, which is carried by kissing bugs like the one shown above. (CDC)

Researchers from the University of Georgia have discovered a potential treatment for Chagas disease, marking the first medication with promise to successfully and safely target the parasitic infection in more than 50 years.

Human clinical trials of the drug, an antiparasitic compound known as AN15368, will hopefully begin in the next few years. 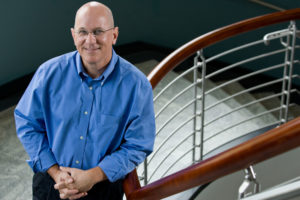 “I’m very optimistic,” said Rick Tarleton, corresponding author of the study and a UGA Athletic Association Distinguished Professor in the Franklin College of Arts and Sciences. “I think it has a really strong chance of being a real solution, not just a stand-in for something that works better than the drugs we currently have.”

The new drug works by targeting the parasite that causes the disease, Trypanosoma cruzi, also known as T. cruzi.

Nearly all people infected with the parasite experience flu-like symptoms such as fever, headaches and vomiting. However, after their immune response kicks in, their symptoms may subside.

But for 30% to 40% of patients, the infection can result in severe heart damage that can be both debilitating and life-threatening.

Published in Nature Microbiology, the study found the new medication was 100% effective in curing mice, as well as non-human primates that were naturally infected by the parasite at a research facility in Texas. The animals also experienced no significant side effects from exposure to the drug.

Over the past several decades, previous treatment candidates went straight from experimental infections in mice to human clinical trials, where they failed to cure the infection. The new drug’s efficacy in non-human primates bodes well for how it will perform in humans.

“We’ve got something that is as close to effective as it can be in what is as close to a human as it could be, and there aren’t any side effects. That really de-risks it by a lot going into humans,” Tarleton said. “It doesn’t make it fail-safe, but it moves it much further along.”

T. cruzi is carried by blood-sucking insects known as kissing bugs. The insects can be found throughout North, Central and South America.

In addition to a nasty bite, the creatures carry the T. cruzi parasite, which is transmitted through their fecal matter. Victims can become infected when they unknowingly rub the insect’s feces into their eyes, nose or an open wound.

The infection may also be transmitted through organ transplants, from a pregnant person to their fetus or through contaminated food. However, infections from these pathways are less common. 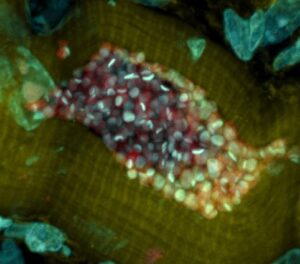 The skeletal muscle of a mouse infected with Trypanosoma cruzi is shown under a microscope. (Submitted by Fernando Sanchez)

The go-to medications used to treat Chagas aren’t terrible, Tarleton said, but they’re not ideal. They can pack some serious side effects and they’re not reliably effective, but they’re currently the only treatment option.

Patients also have to take the drugs for two months. And even the common but mild side effects like headache or nausea get old after a few weeks. As a result, about one in five people being treated for the disease stop taking their medications before they have a chance to cure the infection.

“Plus they have variable efficacy, and it’s not predictable,” Tarleton said. “I think most physicians in Latin America have to say, ‘We have a drug. It’s going to make you feel bad, and two months later after we finish it, we’re not really going to be able to tell you if it worked or not.’

“It’s really not a good inducement to take the medication.”

Tens of millions of people across the Americas are infected with the parasite that causes Chagas disease. But it doesn’t get much media attention.

It’s most common in Latin American countries, particularly in low-income areas where housing isn’t ideal. Some of the countries with the highest rates of the disease include Bolivia, Venezuela, Argentina, Chile, Mexico and Brazil.

The Centers for Disease Control and Prevention estimates around 300,000 people infected with the parasite currently live in the U.S. But because the condition isn’t a huge threat in places with good housing options, Chagas disease treatment and prevention doesn’t get much research funding.

There is growing concern about the T. cruzi infection rate among outdoor pets in the U.S., however. Working dogs and other pets that spend extended periods of time outside are contracting the parasite at an alarming rate.

“There are areas where the infection rates are 20% to 30% new infections per year,” Tarleton said. “Those tend to be severe infections where the dogs either die or develop a disease that makes them unable to work.”

Tarleton hopes to partner with veterinary pharmaceutical companies in the future to create a drug to treat the infection in pets as a means of funding diagnostics and medication purchases in Latin America.

For the present study, Tarleton partnered with colleagues at Anacor Pharmaceuticals, Texas A&M University, the University of Texas, the University of Kansas and Pfizer. Angel Padilla, Wei Wang, Dylan Orr, Brooke White, Arlene George and Huifeng Shen from UGA’s Center for Tropical and Emerging Global Diseases and the Department of Cellular Biology are co-authors on the paper.