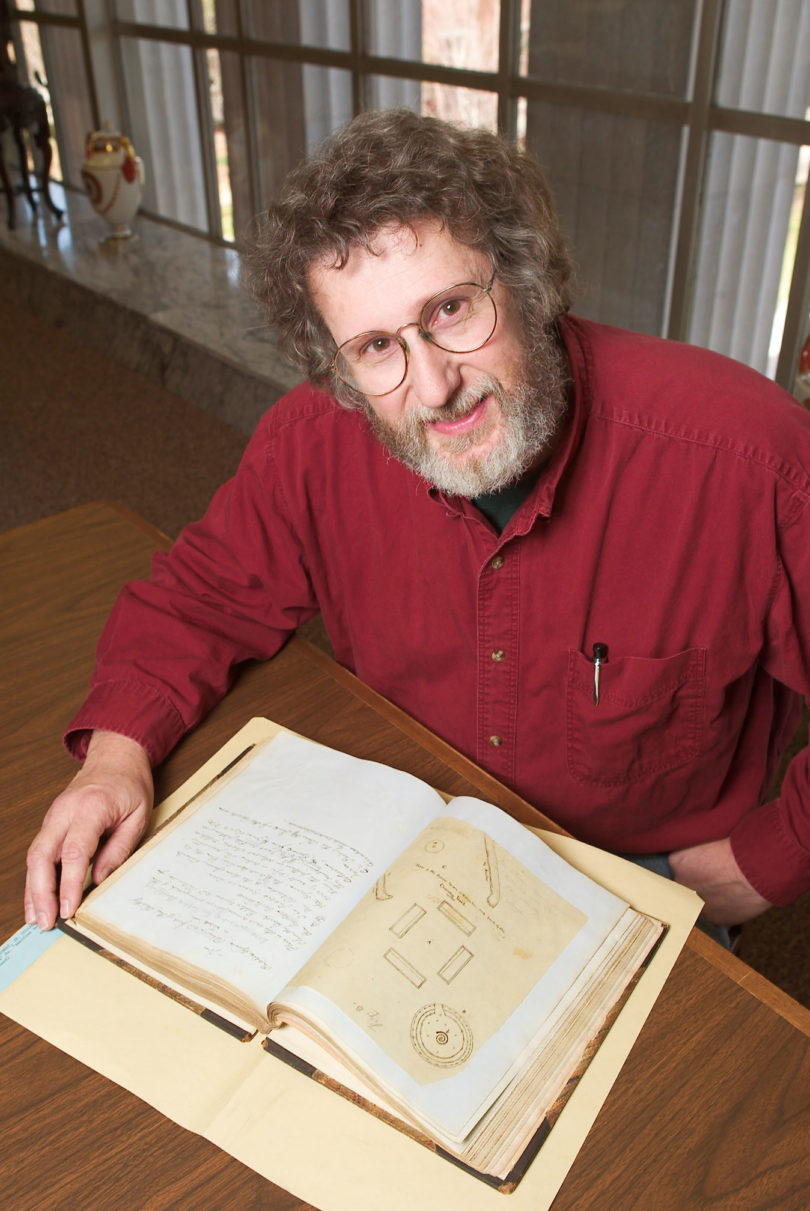 Generations of nature and history lovers in the Southeast have read and re-read a book published in 1791 by naturalist William Bartram and usually called by the truncated name of Travels. This seminal work describes in depth the flora and fauna of North and South Carolina, Georgia and Florida.

Recently, a UGA anthropology professor discovered what is probably a rare copy-one of three known-of the now-lost original manuscript for Bartram’s book called Observations on the Creek and Cherokee Indians. The copy adds an important chapter to Bartram’s legacy, still expanding after more than two centuries.

“I continue to hope that the original Bartram manuscript will be discovered,” says Mark Williams. “But in the absence of that document, this newly discovered copy is a welcome addition to a growing collection of documents about Bartram, who seems, to many of us, like an old friend.”

The manuscript, which Williams found in the Charles C. Jones Jr. Collection in UGA’s Hargrett Rare Book and Manuscript Library, is already drawing interest from scholars. The copy, almost certainly made by Ephraim G. Squier (1821-1888), an important scholar of Native American history, is significant for a number of reasons.

“As one of only three extant copies of William Bartram’s ‘Observations’ manuscript, Squier’s tracings of Bartram’s drawings of prehistoric mounds, Creek towns and Cherokee and Creek structures contain some new details, previously not shown on our other copies of these ethnographically important but long-lost originals,” says Gregory Waselkov of the University of South Alabama.

Charles C. Jones Jr., in whose collection the manuscript resides, was a Princeton- and Harvard-trained lawyer. He was originally from Savannah and was a colonel in the Confederate Army during the Civil War. After the war, he conducted business in New York City for a decade before moving back to Georgia and locating in ­Augusta.

He developed an interest in Indian archaeological sites in Georgia and published several books and papers on the topic.

In the early 1980s, Williams, whose archaeological work has focused on Georgia’s Oconee River Valley, was searching the Jones collection for notes and data about several sites that Jones had examined in the 19th century.

“In one folder, I noticed a hardback book with black leather and colored paper covers,” says Williams. “The book’s spine is labeled with both the title MSS American Antiquities and the name Squier in gold lettering.”

Inside the book, Jones’s personal crest and family motto in Latin were on the left inside cover, but on the first page of the book was the signature “E. Geo. Squier” in pen, along with a New York address. Lower on the page someone has written, “Presented to Coln [Colonel] C.C. Jones, Jr.”

One section of the book mentioned the name Bartram, but Williams assumed Squier had copied that segment from well-known publications such as Travels.

Williams forgot about the book until 1998, when a noted 1848 book by Squier and Edwin H. Davis, Ancient Monuments of the Mississippi Valley, was reprinted. Williams considered re-examining the manuscript at UGA, but didn’t get to it until 2002. He realized that the manuscript he had seen could be a copy of the long-lost Bartram document called Observations on the Creek and Cherokee Indians.

Williams has by now determined how Squier obtained the Bartram manuscript and copied it into his notes. He gave a paper presenting the details at the Bartram Trail Conference in Montgomery, Ala., and at the Southeastern Archaeological Conference in Charlotte, both in last November.

A remaining scholarly question, for which Williams has theories but as yet no answers, is how the Squier copy of the Bartram manuscript wound up in the possession of Charles C. Jones Jr. The Jones collection was sold to the UGA Libraries in the 1960s.

In addition to being a research scientist and teacher in the department of anthropology, Williams is director of the Georgia Archaeological Site File, the official repository for information about known archaeological sites of all periods in the state of Georgia, founded in 1976, and the primary source for documentation about Georgia archaeology.

He has found his foray into historical research exciting.

“The job of comparing this newly discovered copy to the Payne and Davis copies is now under way,” says Williams. “This, of course, is not what I usually do. I’m an archaeologist, and this is the work of a historian. But it has been incredibly rewarding, and we continue to hope that the original Bartram manuscript will turn up.”