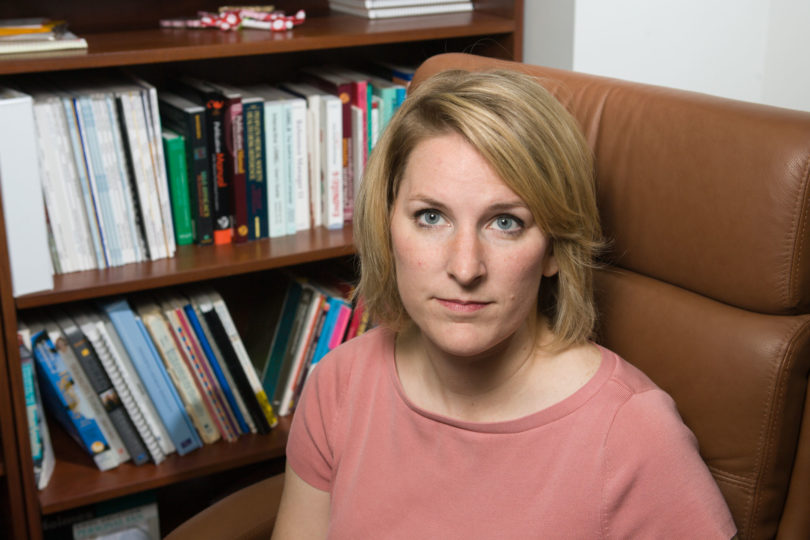 Early alcohol use and other risky behaviors

Warnings that alcohol and driving don’t mix are generally targeted at adults or high school students, but a new UGA study finds that some middle schoolers in rural areas are drinking and driving as well.

Researchers, whose results appear in the November issue of the journal Accident Analysis and Prevention, surveyed 290 middle school students in the Mississippi Delta and found that 17 percent had driven an automobile after drinking. The study was limited to one school so lead author Jessica Muilenburg, assistant professor of health promotion and behavior in UGA’s College of Public Health, cautions against drawing too broad a conclusion. Still, she said she hopes her findings will spur more research and awareness into a dangerous behavior that until now has been overlooked.

“No one thought to look at risky driving behaviors in kids who weren’t old enough to drive,” Muilenburg said. “We assume that because it’s illegal for them to have a license that they don’t drive—even though we know they’re doing other illegal things such as drinking.”

Muilenburg said that early alcohol use and other risky behaviors, such as smoking, tend to be more prevalent in rural areas where there’s simply not as much to do outside of school. She adds that rural youth tend to be more familiar with motorized vehicles such as all-terrain vehicles and farm equipment and have the opportunity to drive cars or trucks on family farms or back roads where they’re not likely to be noticed.

The school Muilenburg studied had a high poverty rate and a low high school graduation rate typical of many poor rural communities. The 290 students in her study were seventh and eighth graders (mostly 13 or 14 years old) who had received parental permission to fill out an anonymous survey on risky behaviors.

In addition to finding that 17 percent of students drove after drinking alcohol, the study also found that just under half—45 percent—said that in the past 30 days they had ridden with a driver who had been drinking.

There are no national statistics on unlicensed driving, but a recent study found that there were nearly 400 fatal crashes involving 7 to 14 year-old drivers between 1996 and 2000. A 2003 CDC study found that 10 percent of high school students drove after drinking alcohol, but Muilenburg’s study is among the first to look at drinking and driving in middle schoolers.

Muilenburg said that there’s currently not enough data on the prevalence of drinking and driving among middle schoolers to recommend specific prevention efforts. She said she wants her study to lay the foundation for larger studies that can give public health officials a sense of how widespread the problem is.

“This is definitely a topic that needs to be looked into further,” Muilenburg said. “Motor vehicle accidents are the number one killer of kids.”