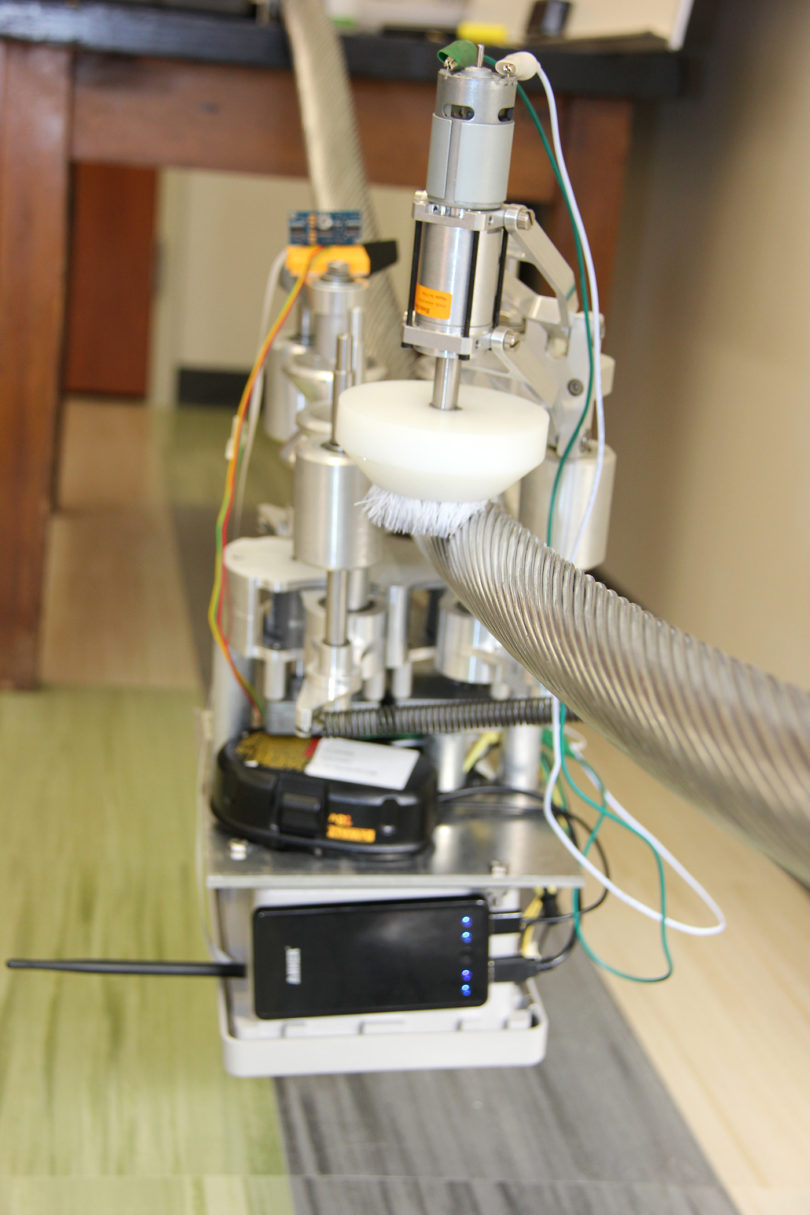 Athens, Ga. – A robot invented by researchers in the University of Georgia College of Engineering could change the way power lines are inspected—providing a safer and more cost-effective alternative.

Currently, line crews have to suit up in protective clothing, employ elaborate safety procedures and sometimes completely shut off the power before inspecting a power line. It can be difficult, time-consuming and often dangerous work.

A team led by Javad Mohammadpour, an assistant professor of electrical engineering, has designed, prototyped and tested a robot that can glide along electrical distribution lines, searching for problems or performing routine maintenance.

Distribution lines carry electricity from substations to homes, businesses and other end users.

The self-propelled robot looks like a miniature cable car and is approximately the size of a coffee maker, much smaller and lighter than similar devices now used by utility companies.

“This is a tool that’s small enough for a single utility worker to pack in a truck or van and use daily,” Mohammadpour said. “Some of the robots currently in use weigh 200-300 pounds while our robot is only 20-25 pounds.”

Equipped with a spinning brush, the robot can clear utility lines of vegetation, bird droppings, salt deposits-a problem particular to coastal areas-or other debris that may degrade the line. It also has an onboard camera, which allows crews to closely inspect potential problem areas. The robot is wireless and can be controlled by a smartphone, tablet or laptop.

Mohammadpour worked with doctoral student Farshid Abbasi and master’s student Rebecca Miller on the project. Abbasi focused on the mechanical design of the robot while Miller developed the device’s programming, electronics and sensors. Their work was funded by Georgia Power.

“This is our first prototype, and there are a number of advances we would like to explore, including making the robot more autonomous,” Mohammadpour said. “For example, some decision-making could be made on board. If the robot detects a problem, it could send a signal to the controller instead of requiring a person to monitor the robot in real time.”

In addition, Mohammadpour said the robot could be outfitted with GPS technology. This would allow the robot to geo-tag potential problems along electrical lines, alerting utility workers to the need for follow-up inspections at specific locations.