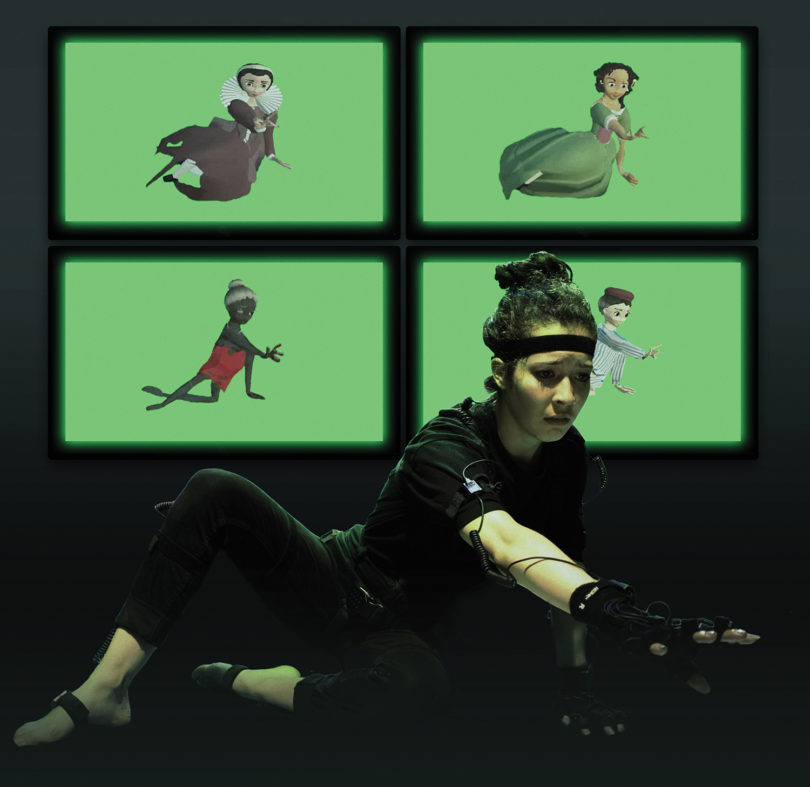 The Rosetta Theatre Project brings together several artistic forms for performances Nov. 2 and 3 at the Dancz Center in the Hugh Hodgson School of Music.

The theatre and film studies department of UGA’s Franklin College of Arts and Sciences will present an experimental work with the Rosetta Theatre Project on Nov. 2 from 3:30-7:30 p.m. and Nov. 3 from 5:30-7 p.m. at the Dancz Center in the Hugh Hodgson School of Music.

The performances are open free to the public.

The Rosetta Theatre Project is a unique performance experience structured like an exhibition in an art gallery, allowing guests to come and go at will and experience an immersive, ever-changing theatrical art installment. The project uses live motion-capture technology to present two short scenes, one from Shakespeare and the other from Moliere, on a continuous loop. Each scene will be instantaneously translated into four different versions, two in English and two in French. Using a real-time motion capture system, live performances will be transformed digitally into four different computer animations, each representing a distinct time period and culture: 16th century England, 17th century France, modern-day Paris and modern-day Athens, Georgia.

A part of UGA’s Spotlight on the Arts festival, this project is an interdisciplinary collaboration among many departments. David Saltz, the head of the theatre and film studies department, worked closely with Sujata Iyengar, professor of English, and Peter Lane, assistant professor of composition in the Hugh Hodgson School of Music. Lane is composing a score for the event.