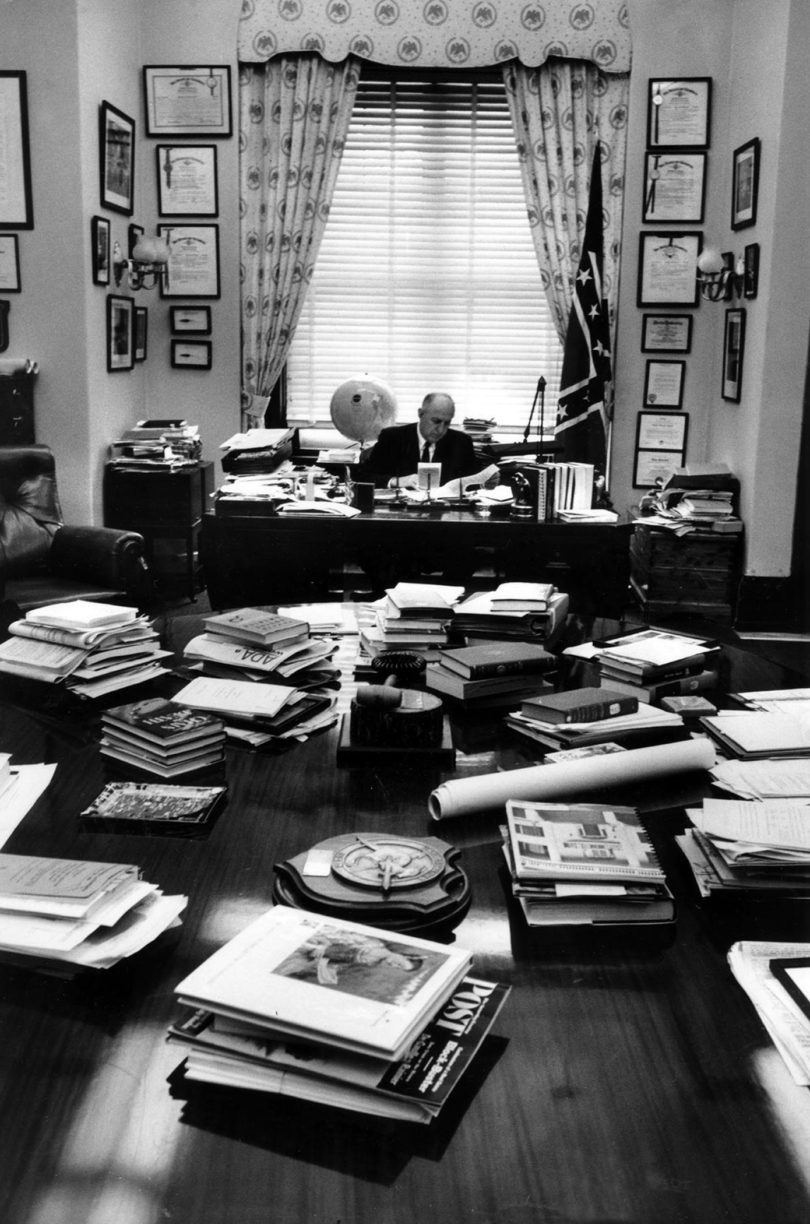 Athens, Ga. – The University of Georgia Richard B. Russell Library for Political Research and Studies will host a scholars and policymakers symposium Oct. 27-28 to celebrate its 40th anniversary.

Richard Baker, U.S. Senate historian emeritus, will kick off the symposium with a keynote address Oct. 27 at 6 p.m. The keynote and all symposium events will be held in the Richard B. Russell Building Special Collections Libraries on the UGA campus.

Featured policymakers will include Chris Carr, state commissioner of economic development; Michael Thurmond, former state labor commissioner and current superintendent of the DeKalb County School System; Abit Massey of the Georgia Poultry Federation; as well as congressional staffers and others. Speakers will comment on the creation of related public policy.

The Russell Library serves as a center for research and study of the modern American political system. Established in 1974 through the efforts of the Richard B. Russell Foundation, the Georgia General Assembly, and the Board of Regents of the University System of Georgia, the library’s original mission was to collect and preserve materials that document the life and career of the late Richard B. Russell, who served in the U.S. Senate from 1933 to 1971.

“Our holdings document public policy as the product of public interests and a function of the political process at all levels, and demonstrate the breadth, the diversity-truly, the full spectrum of Georgia’s political and civic life for over a century,” said Sheryl Vogt, Russell Library director. “We plan to host a program that focuses on conversations about politics and policy over time.”

Panel sessions for the Scholars and Policymakers Symposium are free and open to the public and will be held in Room 271 of the Russell Special Collections Building. For more information contact Jan Levinson at 706-542-5788 or russlib@uga.edu.

Overview of events that are open to the public:

8:30-10 p.m. – Film screening and panel discussion, “Dean Rusk: At the Heartbeat of History” produced by Georgia Public Broadcasting. Pamela Roberts, filmmaker and producer; Don Johnson, director of the Dean Rusk Center for International Law and Policy; and Richard Rusk, the late U.S. Secretary of State’s son, will participate in a panel discussion.