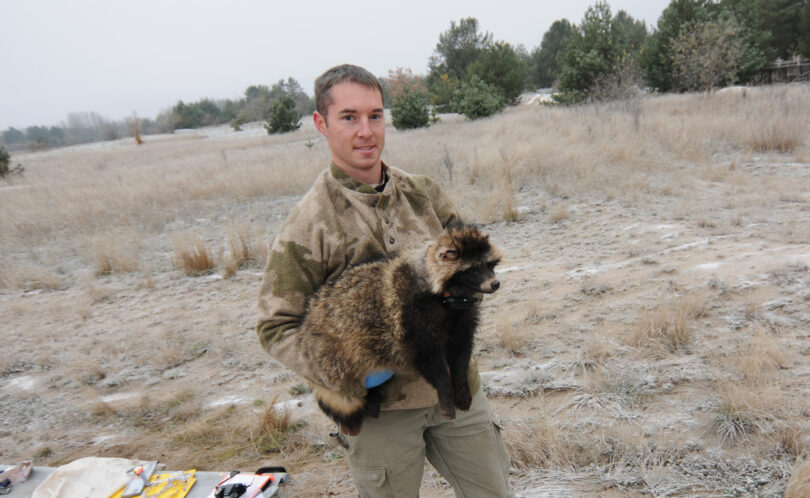 UGA researchers, along with scores of international scientists, put studies on hold

Russian troops moved across the Ukrainian border earlier this month, and one of their early points of entry was in the exclusion zone near the Chernobyl nuclear power plant. But the invasion did more than cut off news of the defunct plant’s status—it also suspended a variety of ongoing research projects in the area.

“At this point we have no idea how this will impact the long-term international collaborations that go on there,” said Beasley, associate professor of wildlife management and ecology at the Warnell School of Forestry and Natural Resources. “There are so many people from around the world, and from those countries, who do work there.”

The exclusion zone that surrounds the nuclear plant spans Ukraine and Belarus, and the site is home to a variety of ecological studies conducted by national and international scientists. This research has a deep, collaborative history that goes back decades. Researchers from the University of Georgia and the Savannah River Ecology Lab are also entwined in its history.

Olin Rhodes Jr., director of the Savannah River Ecology Lab and professor at the Odum School of Ecology, first traveled to Chernobyl in 1993 as a postdoctoral researcher to gather fish living in contaminated lakes. “I was fortunate to be part of this initial exploratory trip to Ukraine to build relationships with the Russian and Ukrainian National Academies of Sciences and to collect biological samples for investigations of genetic damage,” he said. 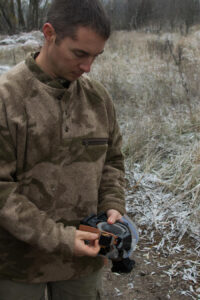 That initial trip helped set the stage for decades of research by a variety of scientists and graduate students from UGA and the Savannah River Ecology Lab, as well as colleagues from other universities all working around Chernobyl. These efforts became the International Radioecology Laboratory in the city of Chernobyl, a collaboration between the governments of the United States and Ukraine involving a consortium of American, Ukrainian and Russian scientists led by experts from the Savannah River Ecology Lab.

While UGA’s relationship with the facility has changed over time, Beasley continues the connection through his work and that of his students, which investigates the ways wildlife adapt to large-scale ecological disasters. He and a postdoctoral student had planned a trip to Chernobyl this month for a new project—one that had already changed due to prior COVID-related restrictions.

Now, the team is retooling while remaining concerned about colleagues working in and around Chernobyl.

Typically, said Beasley, trips to Belarus to access Chernobyl or to the Fukushima Exclusion Zone in Japan come with a variety of hoops and red tape. Working through the pandemic brought additional wrinkles, between travel restrictions or supply chain shortages.

“Any time we plan for an international project, we have two or three backup plans—that’s the attitude I take with science, in general,” said Beasley. “It is often extremely difficult to predict what outcomes or logistical challenges you might run into with international studies, and so you have to prepare for the unexpected.”

Even so, Beasley and his research team recognize the gravity of the current situation. Working from the Savannah River Ecology Lab, the team can retool to focus on a different aspect of their planned project. Many other scientists, in Ukraine and elsewhere, aren’t as fortunate.

In response to the Russian invasion, the scientific community has come together to show its support for researchers who have been displaced. The hashtag #ScienceForUkraine has gotten traction to help connect scientists with opportunities in universities and labs around the world. ALLEA, the European Federation of Academies of Sciences and Humanities, is also compiling resources and opportunities for Ukrainian researchers.

At Chernobyl, decades of research by international researchers has found ways the area’s ecosystem has survived and evolved since the nuclear disaster. Work conducted there helps inform forest management and environmental policies, and it offers a window into the ways the natural world can remain resilient despite human disasters.

A powerless feeling for Chernobyl researchers

Access has always been restricted—you can’t just hop off a plane and drive to the nuclear exclusion zone, said Beasley. There’s paperwork to be secured, permits to be issued and logistics to be worked out. Moving equipment and people may be easier to manage on some trips than others. It’s essential to have local contacts who can help with navigating the language and local requirements.

Typically, Beasley worked on the Belarus side of the exclusion zone—a more remote area that’s accessed by a smaller number of researchers compared with the Ukrainian side. “Any time you do international work, you can scale up the challenges by any order of magnitude,” he said. “But we’ve always had fantastic collaborators there. It’s been a wonderful partnership.”

Now, Beasley joins others in the scientific community who feel powerless to help as they watch the invasion from afar. Over the short term, he said, the focus is less on the ability to travel and more for the safety of those living and working there.

It’s the longer term—how the invasion will affect ongoing and future research, and the international community’s access to the sensitive area—that remains a mystery. “It remains to be seen what will happen—and all the brilliant scientists who are doing work there,” he added. “I have no idea.”