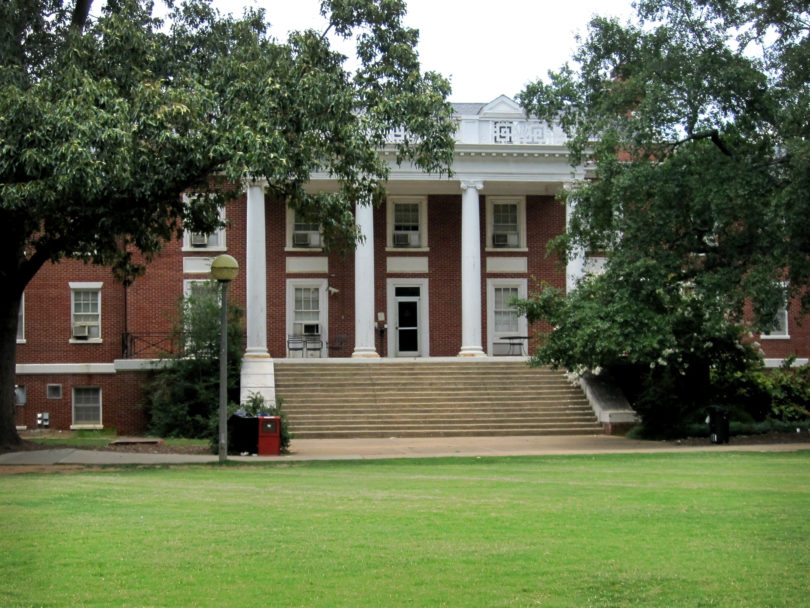 Rutherford Hall is one of the residences in the Myers Community.

Rutherford Hall will be razed and rebuilt as a 260-resident hall under a plan approved by UGA President Michael F. Adams last week. As part of the construction, attention will be paid to retaining the historic character of the original 72-year-old structure on South Campus. The demolition could begin as early as the 2012 spring semester, with the new residence hall ready for occupancy in fall 2013.

“I have spent a considerable amount of time and energy evaluating Rutherford Hall,” said UGA President Michael F. Adams.  “I have read and re-read all of the reports, and I inspected the building three times. I value greatly the historical character of this campus, and we have worked very hard to preserve many of the older structures on campus.  But this decision ultimately was made in the interest of providing safe and functional housing for the next 75 years, and a new structure on that site is the best option for achieving that goal.”

The decision on Rutherford Hall’s future has been the subject of some public scrutiny after the university, by policy, was required to notify the board of regents earlier this year that demolition was an option.  UGA held a public hearing on Sept. 6 to receive public input on the decision.

“We have evaluated multiple options for the renovation or replacement of this dorm over the last year. Because of the serious deterioration of this building it is clearly more financially viable to completely rebuild and modernize rather than attempt to renovate the entire facility,” said Tim Burgess, senior vice president for finance and administration.  “Even a minimal option to retain and rehabilitate a small center section of Rutherford would cost each student more than $400 per year in increased rent to amortize the extra cost. In these difficult times, we did not think this was in the best interest of our students.”

Rutherford Hall was constructed in 1939, a project of the federal Public Works Administration.  It was named for Mildred (Millie) Rutherford, who served the Lucy Cobb Institute in various capacities for 48 years, including principal and director. Officials said the new residence hall will continue the Rutherford name.

“A newly constructed Rutherford Hall will allow us to offer the level and quality of housing that UGA students demand and deserve,” said Rodney Bennett, vice president for student affairs. “We owe our students a residential environment consistent with the quality of the learning environment. I am excited about the future of Rutherford Hall and the Myers Quad.”

“A number of factors over time contributed to the deterioration of Rutherford,” said UGA Architect Danny Sniff.  “In many cases, Public Works Administration buildings were not constructed to the highest standards.  All the utilities are old and worn out, and run under the slabs and foundations in undocumented locations we only discover once they break. It would be costly to retrofit systems such as fire sprinklers and Ethernet relative to installing them in new construction.

“Residence halls are under almost constant physical stress by nature of their use, and Rutherford shows more wear and tear after more than 70 years of student occupancy than other buildings the university has undertaken to renovate,” Sniff also said.

The project now goes before the board of regents for consideration and approval at its November meeting. After that, the governor could sign an executive order authorizing the demolition, which would begin after the conclusion of the spring semester 2012.