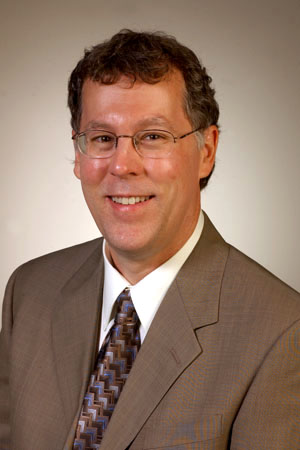 Athens, Ga. – Samuel Pardue, a noted poultry science researcher and administrator at North Carolina State University, has been named dean and director of the University of Georgia’s College of Agricultural and Environmental Sciences.

Pardue is currently associate dean and director of academic programs at NC State’s College of Agriculture and Life Sciences, and his appointment at UGA is effective March 14.

“I am pleased that Dr. Pardue is joining the university as the next dean and director of the College of Agricultural and Environmental Sciences,” said President Jere W. Morehead. “His academic background and professional experience are ideal for leading the college at a very exciting time in its history and working with key stakeholders and alumni who are critical to our future success.”

Since 2012, Pardue has overseen the academic programming in the College of Agriculture and Life Sciences’ 16 departments. Prior to being named associate dean, he served for seven years as the head of the department of poultry science, which in 2012 was named the Prestage Department of Poultry Science in honor of a $10 million gift he helped secure.

“Dr. Pardue has demonstrated extraordinary leadership in advancing agricultural instruction, research and extension,” said Senior Vice President for Academic Affairs and Provost Pamela Whitten. “I am confident that he will work with our faculty, staff, students, alumni and other supporters to take our College of Agricultural and Environmental Sciences to an even higher level of excellence.”

Pardue helped double the number of poultry science majors, expanded distance education offerings and acquired external funding to modernize teaching laboratories. In addition, he served as the co-principal investigator on a USDA grant to increase the multicultural diversity of agriculture students and was a founding member of the college’s Diversity Council.

The department of poultry science ranked in the top 10 in five research publication and citation criteria among departments of animal and poultry science under his leadership. He invested in a Biological Safety Level 2 facility to expand the department’s research capabilities and also supported the development of a poultry processing laboratory to address the needs of the state’s largest agribusiness.

Pardue sits on the administrative board of NC State’s Graduate School, served as the university’s faculty athletics representative for five years and served as the college’s liaison for accreditation by the Southern Association of Colleges and Schools.

He has conducted his research with $2.5 million in external funding, holds three patents and has published nearly 100 journal articles, book chapters and abstracts. Pardue has given invited presentations across the U.S. and in Australia, Switzerland, Costa Rica and Mexico.

His additional honors include being named to the NC State Academy of Outstanding Teachers, Alumni Distinguished Undergraduate Professor and receiving the Purina Mills Award for Teaching.

“I am honored to have the opportunity to work with UGA’s outstanding administration, faculty, staff, students, alumni, friends and Georgia’s dynamic agricultural community,” Pardue said. “The College of Agricultural and Environmental Sciences has played a significant role in growing Georgia’s No. 1 economic sector. It is a college with a long and honored history. I look forward to an even brighter future for CAES.”

Pardue earned his bachelor’s degree in poultry science and his master’s and doctoral degrees, both in physiology, from NC State. He completed his postdoctoral training in genetics at the University of Massachusetts-Amherst and began his academic career at Texas A&M University.