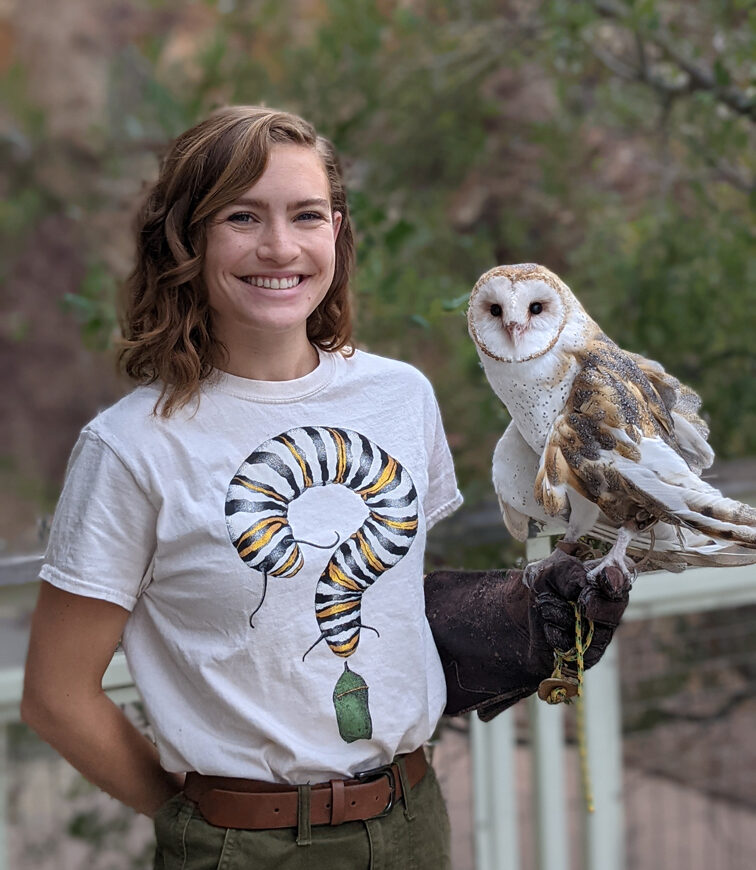 Sarah Lynn Bowser hears this question from children quite a bit. For many, it’s the first reaction when she introduces them to a new animal—something Bowser BSFR ’19 does every day as the program manager for ambassador animals at California’s Oakland Zoo.

“Anything with a mouth can bite you,” she responds. “You have a mouth. You can bite too.”

This almost always elicits a laugh. It defuses a lot of the tension and trepidation too.

Bowser, a native of south Georgia, was about the same age as her young visitors when she decided to become a wildlife educator.

“My class went on a field trip to St. Simons Island when I was in the fifth grade,” she recalls. “I remember seeing a guy come out with an owl on his arm, and I was, like, ‘That guy, right there. I don’t know who you are. I don’t know how you got here, but I want to be you.’

The hardest part of that is finding people to pay you to be that person.”

But it’s not impossible. Particularly with the right education.

Bowser’s desire to become a naturalist brought her to UGA’s Warnell School of Forestry and Natural Resources. She earned her degree in parks, recreation, and tourism management and added a certificate in environmental education. After graduating she quickly got out into the field, so to speak.

She served as a ranger at the Fernbank Museum of Natural History in Atlanta and a naturalist at the Chattahoochee Nature Center, which is where she first worked directly with native raptors, like owls and hawks, as well as more docile mammals like opossums. Bowser also worked for an animal advocacy nonprofit called Fanimal.

During the pandemic, Bowser conducted her programming online. She got restless and turned her sights westward. She got a job at the Randall Museum of Science, Nature, and the Arts in San Francisco, and soon moved across the bay to the Oakland Zoo, where she works with ambassador animals—those that are used for education.

Bowser has a particular affection for animals native to North America. She noticed that students could easily recall facts about animals like Bengal tigers or African elephants, but they couldn’t identify the creatures that visited in their backyards. The Overlooked Opossum is Bowser’s online store where she draws and sells original prints of native wildlife and plants. A portion of the proceeds is donated to a variety of wildlife organizations. Bowser’s first series was bark beetles—the creature she did her Warnell thesis on—and more recent subjects range from turkey vultures to banana slugs to alligator gars.

Bowser loves her job and is excited about the return of in-person education programs, but she does have long-term ambitions that blend her interests in education, animals, and art.

“I have hopes to write and illustrate a children’s book about native wildlife.” 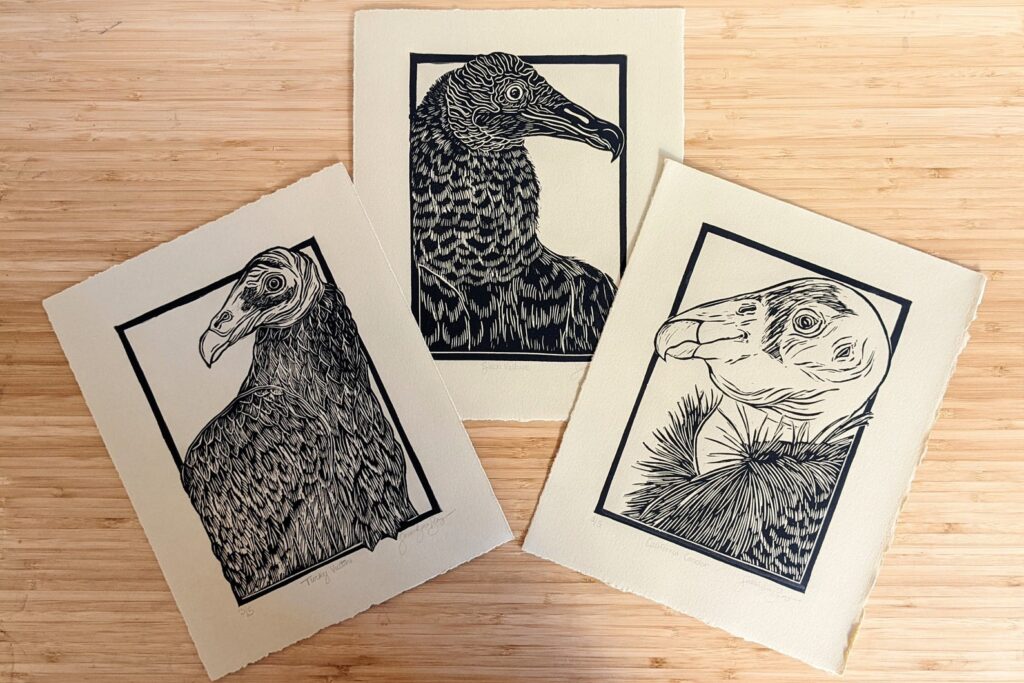 Meet the Carrion Committee, one of the many original prints Sarah Lynn Bowser creates and sells on her website, The Overlooked Opossum. Bowser focuses her work on birds and other animals that are native to the United States. Featured here are the turkey vulture, the black vulture, and the California Condor.