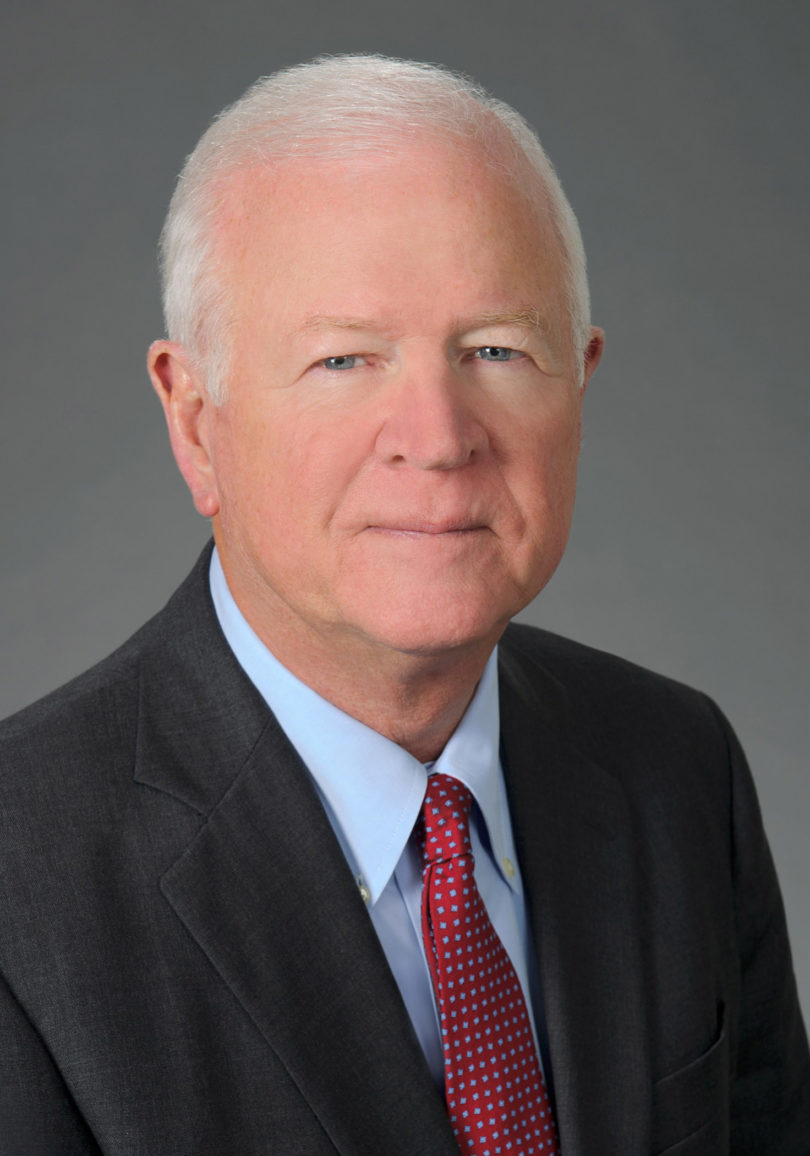 Athens, Ga. – U.S. Sen. Saxby Chambliss, R-Ga., will take the podium May 10 in Sanford Stadium for the University of Georgia’s undergraduate Commencement. The spring ceremony will begin at 7 p.m. and will recognize Mary Frances Early, UGA’s first African-American graduate, with an honorary doctor of laws degree.

The graduate Commencement ceremony, which will be held at 10 a.m. in Stegeman Coliseum, will feature UGA professor Stephen Hajduk, head of the department of biochemistry and molecular biology in the Franklin College of Arts and Sciences. Tickets are not required for either ceremony.

“Sen. Chambliss is a genuine public servant and a true statesman for our time,” said UGA President Michael F. Adams. “He understands the deep and abiding value of education, not just for the individual but for society as a whole, and he has been a great friend of the University of Georgia. We are honored that he has agreed to speak at commencement, and I look forward to his remarks.”

Chambliss was first elected to Congress in 1994 as representative of Georgia’s 8th District, and, in 2002, was elected to the U.S. Senate. His re-election in 2008 placed Chambliss as Georgia’s senior senator, a position from which he will retire in 2014.

A co-founder of the 2011 Gang of Six, Chambliss and others in the Senate continue to work on bipartisan reduction of the deficit and debt in the U.S.

Chambliss is vice chairman of the Senate Selection Committee on Intelligence and oversees the programs and activities of the country’s intelligence community, crafts legislation designed to protect Americans and advises leadership on threats and challenges.

He is a member of several other Senate committees, including armed services; agriculture, nutrition and forestry; rules; and the special committee for aging. As a member of the armed services committee, Chambliss advocates for Georgia’s military installations, defense industry and the military community-working to improve the quality of life for troops and their families.

Chambliss received his bachelor’s degree in business administration from UGA in 1966 and his juris doctorate from the University of Tennessee in 1968. He and his wife Julianne live in Moultrie and have two children and six grandchildren.

Early went on to achieve several accomplishments as a music educator, teacher and mentor to numerous students in her 37 years with the Atlanta Public Schools. During her professional career, she served as a music teacher, planning and development coordinator, elementary division curriculum specialist and music resource teacher at various schools within the system, including John Hope and Wesley Avenue elementary schools and Coan Middle School.

Early’s awards and honors include the STAR Teacher Award from Coan Middle School, 1972; Benjamin E. Mays Black Music Heritage Award, 1995; UGA Outstanding Alumna Award, 2000; and the Foot Soldier for Equal Justice Award from UGA. She was a department chair and associate professor in the Clark Atlanta University department of music.

Stephen L. Hajduk. Research in the Hajduk laboratory has been supported by the National Institutes of Health for nearly 30 years. He and his lab focus on the molecular biology and biochemistry of trypanosomes, the causative agent of human African sleeping sickness. Their studies address several basic molecular processes in the pathogens to gain a better insight into the basic biology of trypanosomes and explore new approaches for disease intervention.

Before joining the faculty at UGA, Hajduk’s lab was based at the Marine Biological Laboratory in Woods Hole, Mass., where he was a senior scientist and director of the Ellison Global Infectious Disease Program and a professor of molecular microbiology and immunology at Brown University. His previous faculty position was at the University of Alabama at Birmingham, where he established the Center for Community Outreach Development in 1998 and received the university’s Odessa Woolfolk Community Service Award.

He has served on scientific review boards for the Howard Hughes Medical Institute, the National Institutes of Allergies and Infectious Disease, the National Research Council, the Wellcome Trust in the U.K. and the Burroughs Wellcome Fund Advisory Board for Infectious Diseases. He has served on the editorial boards of the Journal of Biological Chemistry, Parasitology International and Molecular and Biochemical Parasitology and was editor for Experimental Parasitology.

Hajduk is a Burroughs Wellcome Scholar in Molecular Parasitology and a Fogarty International Scholar. He also received the Hutner Prize from the American Society of Protozoologist.