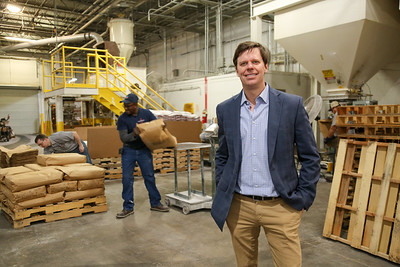 Seydel Chemical Co. was a 2019 Exporter of the Year winner. Scott Seydel is a third-generation owner. (Submitted photo)

Pain Care Labs, based in Atlanta, introduced its first product, Buzzy, a bee-themed device that uses ice and vibration to ease the pain from injections, in 2009. A year later, the company began to export its drug free pain relief products to the U.K. and Australia.

After turning to the University of Georgia Small Business Development Center a few years later, the company now exports to 30 countries and has $1.5 million in annual revenues.

The SBDC “helped us define our partner profile so that we could choose the best distribution partners to import our devices,” said Jennifer Tipping, director of business development and international distribution at Pain Care Labs. “They also helped us develop SOPs [Standard Operating Procedures] for evaluating potential partners, including verifying candidates against published lists to be compliant with U.S. export regulations. We’ve consulted them on many topics.”

Georgia Gov. Brian Kemp announced this month that the state set a record in exports and global trade, with $41.2 billion in exports and $143.3 billion in overall international trade in 2019, a 2.87 percent and 1.5 percent increase, respectively, over 2018.

Of those 18, two were named “Georgia Exporters of the Year”—Pain Care Labs and The Seydel Companies, a Pendergrass-based business that makes sustainable and safe specialty chemicals to treat materials and textiles.

“It just shows what an impact the SBDC has on the state,” said Rick Martin, director of the SBDC International Trade Center. “We really do have a strong reach throughout the state and not just in the metro Atlanta area. So, we’ve really been able to engage that particular segment of business and create a lot more opportunities for Georgia businesses in the international market.”

The International Trade Center offers programs and resources for small businesses that need help reaching global markets. Its signature program, ExportGA, has helped more than 150 companies sell more than $40 million in exports since it began in 1999.

“What we do is identify businesses that are exporting, but are looking to take it to the next level and want to really establish a proactive strategy in developing their markets even farther,” Martin said.

The Seydel Companies has been in business for 113 years and began exporting in 1969, said Scott O. Seydel, president and CEO.

“Since then our products have landed in just about every country you can imagine thanks to our global network of agents, licensees and distributors,” said Seydel, who is the third generation in his family to lead the company. “The SBDC has been instrumental in helping us establish this network. With their help, we are better equipped to tackle daily challenges and seek new opportunities in countries that may have otherwise not been on our radar.” 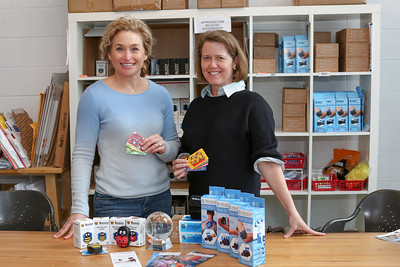 Pain Care Labs is a 2019 Exporter of the Year. Shown are Jennifer Tipping, left, director of business development and international distribution, and Dr. Amy Baxter, CEO and inventor. (Submitted photo)

Dr. Amy Baxter, founder and CEO of Pain Care Labs, was a pediatric emergency doctor when she realized the need for patients to have control over their pain treatment, like with needle pain.

“My oldest, when he was 4, was getting his vaccines and the nurse just jammed four shots in, so he became afraid of needles,” Baxter said. “So, over the next couple years I tried to think of a way that parents could bring something to the doctor to decrease the pain of injections.”

Buzzy was the answer to that problem and became a success. Baxter went on to expand her company, using science-based therapies to offer drug free pain relief to consumers. In 2017, Martin recommended to Tipping that Pain Care Labs apply for an Export Challenge Grant from the Metro Atlanta Chamber of Commerce. Through the program, metro Atlanta companies are eligible for $5,000 grants to help expand and build their export capacity and activity. The SBDC is one of the Metro Atlanta Chamber’s trade partners.

Pain Care Labs got the $5,000 and used it to attend and participate in trade missions, trade shows and conferences, and arrange business-to-business meetings with international partners and clients.

ExportGA provided Baxter and Tipping invaluable resources and getting the challenge grant, which they learned about through the SBDC, was a defining moment for the company, they said.

“We still have so much of the world to explore and we need help,” Tipping said. “A significant part of our growth strategy is international, so we will continue to use the SBDC, the Georgia Department of Economic Development, and commercial service.”