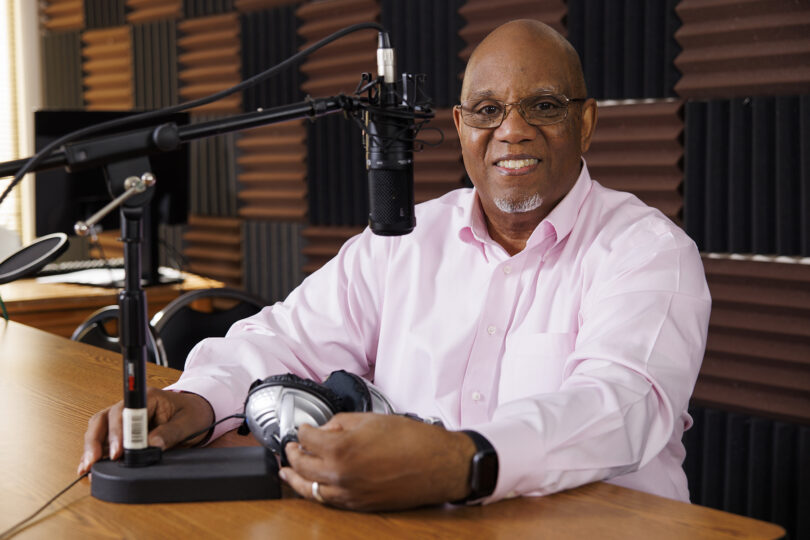 Born in the early 1950s, Richard Dunn Sr. grew up as the Rev. Dr. Martin Luther King Jr. was spreading his message with the world, and he saw King as a prominent figure in his own life.

“Growing up as a kid, Dr. King was my hero. He was assassinated when I was 15 years old, and I remember the military taking over our school. I grew up in Washington, D.C., and the military was everywhere. How sad I was that day that he passed away,” Dunn said at the 2022 Martin Luther King Jr. Freedom Breakfast.

The message and the movement stuck with Dunn, and he carried the words of King through his life and work.

Dunn is the Athens community member recipient of the 2022 President’s Fulfilling the Dream Award. This award, presented at the Freedom Breakfast, celebrates and recognizes students, faculty, staff and community members in Athens that work to fulfill the legacy of King through service and outreach.

Dunn currently serves as the Athens-Clarke County High School Completion Initiative founder and executive director, organizing and leading a program that works to increase the graduation rates in high schools across the county. The program works to help students, particularly minority students, reach the final destination of graduation, but also helps them explore options for future careers after they leave their high school, whether through college, the military or directly entering the workforce.

“You spend a lot more of life beyond high school. I was 17 years old when I left high school, so I’ve spent the last 52 years out of it,” he said.

Dunn’s work has helped to increase graduation rates in Athens-Clarke County and engage students with their education.

“The seeds for high school dropouts are planted in elementary school, they grow in middle school, and in high school, they drop out, so if you want to make a difference you need to start as early as possible,” said Dunn, emphasizing the importance of school retention programs.

Dunn’s career has spanned decades and reached thousands of students, particularly through his work in journalism outreach programs.

Dunn received his undergraduate degree from the University of Georgia, and after spending time in Atlanta and Tuskegee, Alabama, he returned to Athens with the intent of starting a newspaper. The Athens Courier was created in the late 1980s to address the needs of the minority community in Athens.

There have been, and continue to be, serious barriers to high school graduation, particularly for Black students, and reporting on these issues led Dunn to lean into his work in education. 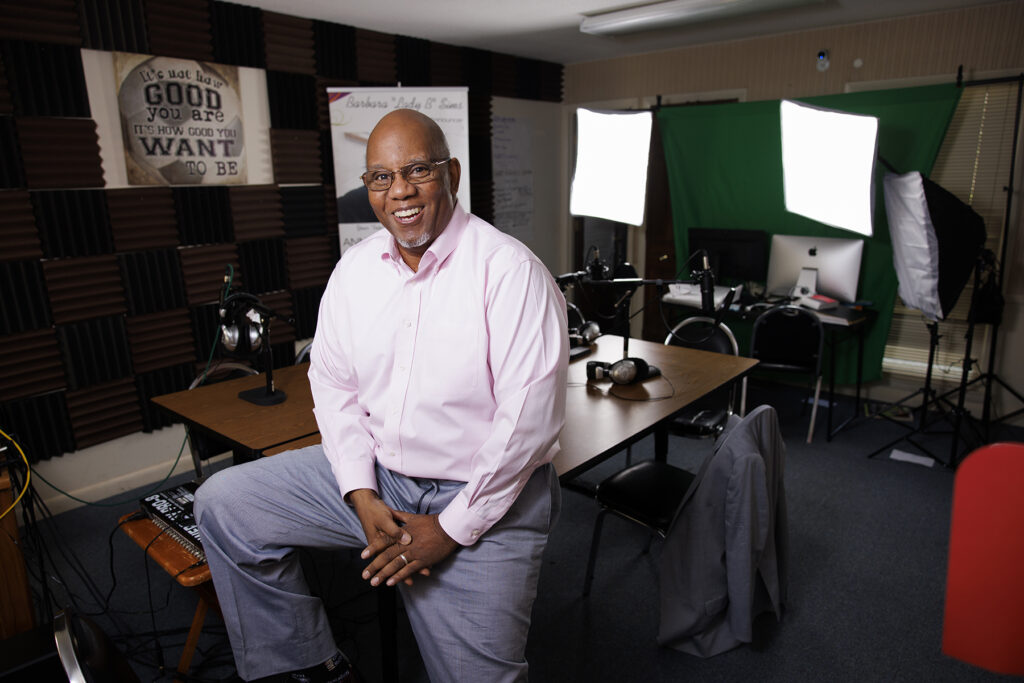 Richard Dunn Sr. serves as the Athens-Clarke County High School Completion Initiative founder and executive director, organizing and leading a program that works to increase the graduation rates in high schools across the county. (Photo by Andrew Davis Tucker/UGA)

Dunn created the Education Matters program as a way to expose young Black students to journalism and radio, and to also help them tell their own stories. Airing Saturday mornings on WXAG 92.7 FM, the program acts as a fully operational youth production, allowing students to work on all aspects of the show from contacting guest speakers to working with sound equipment.

The program has a high retention rate with some students staying with the program for most of their middle and high school years. Program participants have a higher-than-average graduation rate and have even graduated from the program to pursue a degree in journalism.

“For a lot of the kids this is an opportunity to be creative and expressive, and to have a voice that isn’t denied or shut down,” he said.

He also created MEU Radio-Athens, which stands for Music, Education, and Uplift. Similar to Education Matters, it is a fully youth operated radio station. Students select the music and produce the shows and commercials that air on the station allowing them to experience what managing a radio station is like. It also includes a summer camp where students can be fully immersed in the career of a journalist.

“If the students want to pursue journalism, that’s a plus, but I don’t push it on them. I see journalism as a way to open their eyes. That’s what journalism did for me. It opened my eyes to a whole big ‘ole world that was so much bigger than the neighborhood that I grew up in,” he said. “And so, you can open their eyes, you can expose people to opportunities, and they can make their own decisions.”

Dunn hopes to grow more youth reporting systems, potentially partnering with UGA faculty and staff at the Grady College of Journalism and Mass Communication. Dunn has previously brought students from Athens-Clarke County schools to tour the college and speak with students and faculty of Grady, and he hopes to grow the partnership between the county public schools and the university.

Dunn’s future goals for the programs center around the word sustainability. Now in the later part of his career, Dunn is working to make sure these programs can continue and thrive long after he retires. With 11 grandchildren of his own, Dunn is seeing the next generation come into their own in his family as well as in the schools he serves and wants to make sure they have more opportunities to succeed in their education.

Speaking again of King, Dunn said, “He said in his ‘Drum Major Instinct’ speech, ‘Don’t talk about all the awards that I got when I pass away. Talk about how I lived to serve others,’ and that’s what I’m trying to do, honor him through my service.

“I always wanted to live my life like my hero, so to get this award that honors him means a whole lot to me. But it is not an award that I sought when I was doing my work,” said Dunn, consistently humble about his accomplishments and impact.  “I sought to do what Dr. King said to do, which was to serve others.”