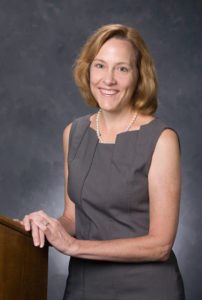 Diane Marie Amann’s lecture “Child Rights, Conflict and International Criminal Justice” has been published in the United Nations Audiovisual Library of International Law as part of its commemoration of the 30th anniversary of the Convention on the Rights of the Child.

The United Nations Audiovisual Library of International Law hosts a permanent collection of lectures of enduring value on virtually every subject of international law given by leading international law scholars and practitioners from different regions, legal systems, cultures and sectors of the legal profession.

Amann, who has served as the International Criminal Court Prosecutor’s Special Adviser on Children in and affected by Armed Conflict since 2012, filmed the lecture at the U.N. headquarters in New York City in November.