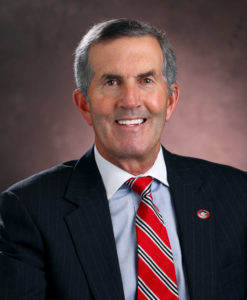 David Shipley, Georgia Athletic Association Professor in Law, was recently quoted in a U.S. News & World Report story about the use of annotations, which are summaries of a law along with a history and explanation of how that law has been applied in different cases. Considered key to understanding laws and codes, annotations are currently under legal scrutiny.

The upcoming Supreme Court case Georgia v. Public.Resource.Org Inc. will determine whether states can copyright these annotations, calling into question whether the public should have free access to this legal research tool.

If the Supreme Court agrees with the 11th Circuit and rules that states can’t claim copyright to annotations, it could cost taxpayers several million dollars for Georgia to produce the annotations. Alternatively, Georgia could cease having the annotations at all.

“What came out of the 11th Circuit was sort of a dramatic change from what had been, at least in my opinion, fairly well settled—this distinction between the statute itself and an explanation written by an employee of LexisNexis,” Shipley said.

According to Shipley, an economic rationale exists for copyright protection.

“The argument is absent copyright protection for the annotations, they will not be done,” he said. “If they’re freely available for everybody to use, no one’s going to write them.”

The Supreme Court will hear the case during its next term.