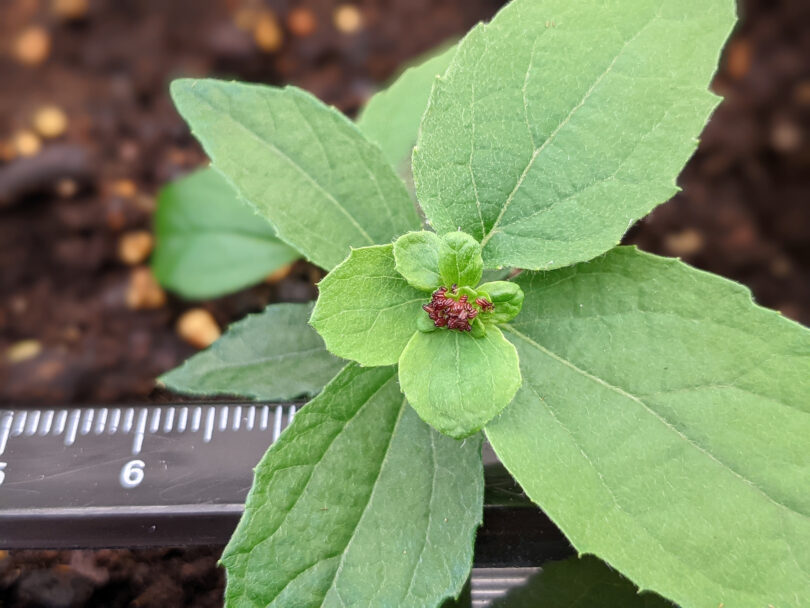 After just a few weeks of growth, flowers on poplar trees can be seen in the lab. These flowers typically don’t appear until after seven years of tree growth. (Photo by C.J. Tsai)

Normal breeding experiments can take years to come to fruition

When scientists want to improve a variety of vegetable, it can take a year or less to see changes—just the length of a reproductive cycle. But breeding improvements into trees can take years—sometimes decades—before changes can be seen.

Now, a process developed by researchers at the University of Georgia may cut that time to a fraction.

Using the CRISPR gene-editing tool, C.J. Tsai of the UGA Warnell School of Forestry and Natural Resources and Franklin College of Arts and Sciences has developed a method that shortens the time it takes a poplar tree to flower, from about seven to 10 years to just a few months. By reducing this timeframe, it can accelerate tree breeding for improved traits, such as cold or drought tolerance.

The results were recently published in New Phytologist. The paper also sheds light on how the trees develop reproductive organs and opens doors to new research. 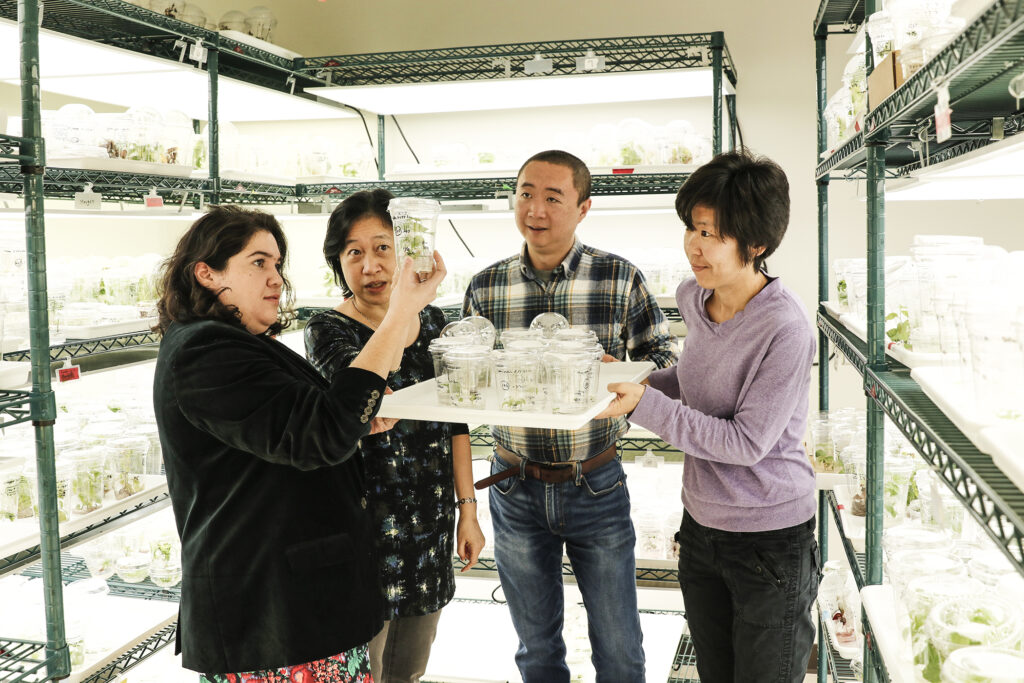 “Previous methods for inducing early flowers in poplars was inconsistent and labor intensive. This is a major barrier to research,” said Tsai, the Winfred N. “Hank” Haynes Professor and eminent scholar with the Georgia Research Alliance. “But using CRISPR to edit a flowering repressor gene, we are able to compress the flowering time from more than seven years to three to four months, and the yearlong floral organ development period down to a few days.”

Ran Zhou, a postdoctoral research associate with Tsai, has previously worked on sex determination in willows and poplars. Using his insights, the team decided to CRISPR edit a female-specific sex switch gene in a female poplar. This is feasible, they reasoned, with the early flowering system to bypass the long reproductive cycle of trees. Within a few months, Tsai and her team saw new male flowers, indicating successful sex switch.

The method could be a game-changer in the world of tree research, where projects may take decades compared with research on food crops. By shortening the time it takes for a tree to flower, researchers can perform controlled crosses and more quickly assess traits of interest. For example, traits to help trees better tolerate drought or extreme temperatures could be tested in a smaller timeframe.

Poplar trees were used in the experiment, said Tsai, because of their potential as bioenergy woody crops and their DNA has been fully mapped by the Department of Energy. It typically takes years before a poplar tree’s sex can be observed. 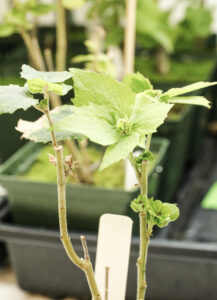 Flowers on specimens of poplar trees growing in a lab at the University of Georgia. These flowers typically don’t form until after the tree has been growing for nearly a decade. But through a gene-editing process, scientists were able to shorten that timeframe to just a few months. (Photo by Kristen Morales)

The CRISPR project revealed another surprising twist as researchers watched the flowering trees grow: an additional gene edit showed promise in reducing the cottony seed attachments used by the plants to spread their seeds each spring.

The white, feathery appendages can be a nuisance as they drop—or a nightmare for allergy sufferers. By blocking the specific determinacy and flowering gene, Tsai’s team found the cottony attachments were almost nonexistent.

While the process requires further study, it could be a positive change for allergy sufferers down the road. “This provides a molecular basis for developing hairless seeds, which could reduce allergen spread in urban areas or across working forests,” she added.

Not only did the change in the seed hairs help confirm the process, but it created new opportunities to explore how trees mature and reproduce. Tsai said she’s excited by the new possibilities.

“This work has opened up a lot of new opportunities for research on basic reproductive traits,” she said. “And the smaller timeframe can give students more opportunities for their own research projects, rather than starting something that takes years or a decade to produce results.”