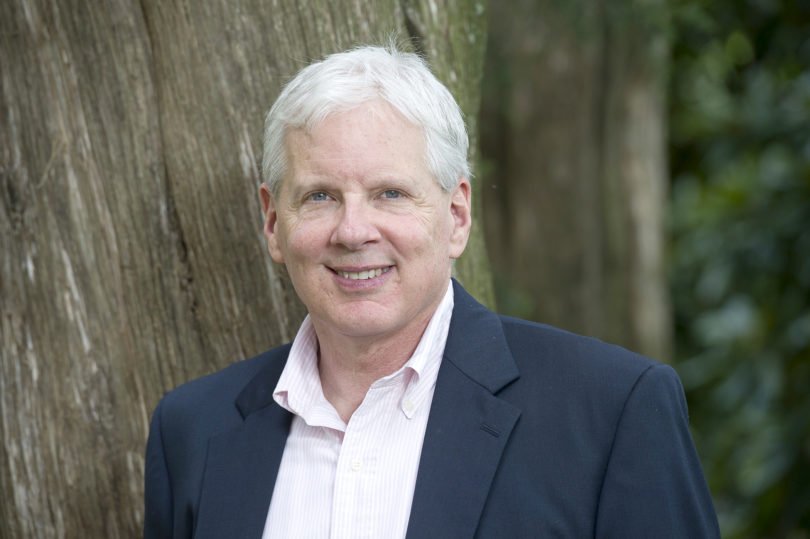 Athens, Ga. – J. Scott Angle, who has served as dean and director of the University of Georgia’s College of Agricultural and Environmental Sciences for the past decade, has announced that he will step down from his position to lead a global organization that works to alleviate hunger.

As president and CEO of the International Fertilizer Development Center, Angle will oversee an organization that has been active in nearly 100 countries and is focused on increasing food security and agricultural productivity through the development and transfer of effective and environmentally sound crop nutrient technology and agribusiness expertise.

Angle will step down from his role at UGA on Sept. 18. UGA President Jere W. Morehead and Provost Pamela Whitten will announce the appointment of an interim dean in the coming weeks as well as a national search for the next permanent academic leader to propel the college to new heights.

“Over the past decade, Dean Angle has provided outstanding leadership to the College of Agricultural and Environmental Sciences,” Morehead said. “He has been one of the strongest champions of UGA’s land-grant mission, working tirelessly to connect the vast resources of the college to the challenges and opportunities faced by the agriculture industry across the state. We are grateful for his many years of dedicated service and wish him well in this new endeavor.”

Angle oversaw a period of significant growth in the college’s instruction, research and outreach. The number of students enrolled in the college grew by nearly 30 percent over the past decade, and 175,000 youths from across the state are enrolled in 4-H programs. To increase access to agricultural education in Georgia, the college began offering degree programs at the UGA-Griffin campus and expanded its programs on the Tifton campus.

Angle recruited several nationally and internationally recognized researchers to help broaden the scope and impact of the college’s research. He also strengthened the links between the college’s research and extension units to ensure that farmers and other stakeholders in each of Georgia’s 159 counties have access to the latest, evidence-based information.

“Dr. Angle is an extraordinary scholar and an exemplary leader who has helped make our College of Agricultural and Environmental Sciences one of the nation’s best,” Whitten said. “His legacy is to seamlessly integrate instruction, research and outreach for the benefit of people across our state and around the world.”

Angle has held several national agricultural leadership positions, including chair of the Board on Agricultural Assembly of the Association of Public and Land-grant Universities. He has served as acting executive director of the Northeast Research Association, which promotes regional cooperation in agricultural research, and also has been chair of both the national and Northeast Regional Organizations of Experiment Station Directors. He has authored or co-authored some 300 scientific papers, reports, book chapters and other publications, has been a Fulbright Scholar and is a fellow of the American Society of Agronomy and the Soil Science Society of America.

“While I am sad to leave my friends and colleagues at UGA during a time when it is on such a strong trajectory, I am called for one more grand adventure in my life,” Angle said. “Assuming the role of CEO and president of the International Fertilizer Development Center will allow me to combine my disciplinary training in soil science with my passion for Africa to help farmers around the world improve soil fertility and sustainability. I am very proud of all that the university and college have achieved over the past 10 years.”