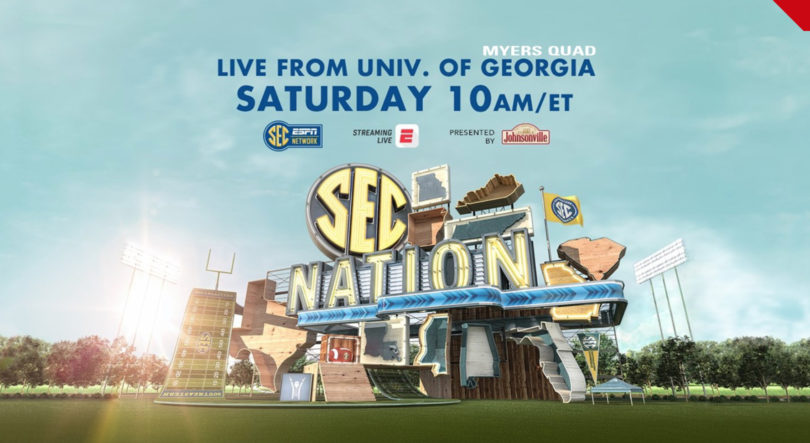 “SEC Nation,” the SEC Network’s traveling pre-game show, will return to the University of Georgia campus for next weekend’s homecoming game against Missouri. The show will air live from UGA’s Myers Quad on Saturday morning from 10:00 a.m. to noon ET.

The show originated with the inception of the SEC Network in 2014 and has several established weekly segments such as Tebow’s Freak of the Week, Spears’ tailgate eats, Paul vs. Y’all and Rutledge’s social segments. Past on-set guests in Athens include head coach Kirby Smart, 1982 Heisman Trophy winner Herschel Walker and Georgia mascots UGA IX and X.

Additionally, “The Paul Finebaum Show” will air from the Myers Quad next Friday from 2-3 p.m. ET on ESPN2 and 3-7 p.m. ET on SEC Network.

Keep up with all Bulldog sports on georgiadogs.com.