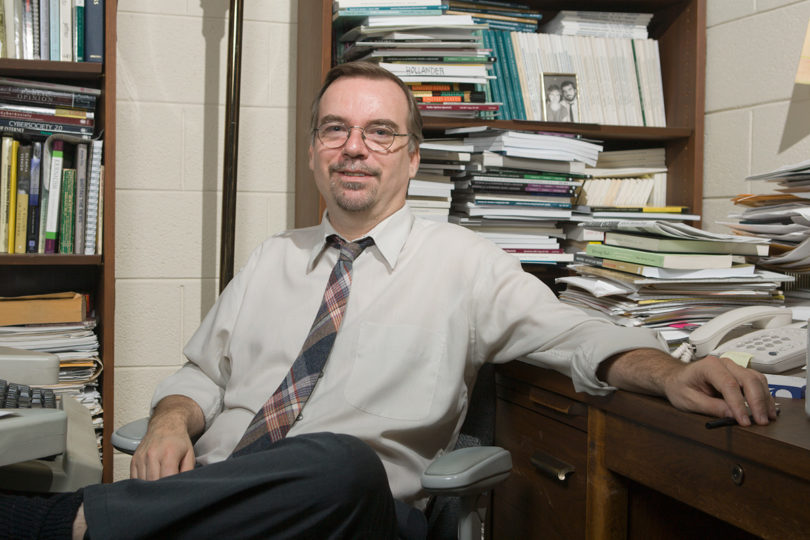 Exposure to news media has long been thought to help create a more informed and politically educated citizenry, but a new UGA study finds that media exposure did little to correct a significant misperception during the most recent presidential campaign.

Approximately 20 percent of Americans believed that then-Sen. Barack Obama was a Muslim during the 2008 presidential campaign despite news stories and fact-checking Web sites that attempted to debunk the rumor. Barry Hollander, an associate professor in the Grady College of Journalism and Mass Communication, analyzed data from a survey of more than 2,400 people taken at three points during the campaign to see if exposure to news media helped correct misperceptions about Obama’s faith.

“With most forms of political knowledge, media should theoretically make you more accurate,” Hollander said. “In this case, media exposure had no effect. Ultimately, the message here is that people believe what they want to believe.”

Hollander, whose study will appear in the Journal of Media and Religion, explained the findings are consistent with psychological studies on selective memory that show that people tend to discount facts that are inconsistent with their pre-existing beliefs. People are also less likely to remember information that conflicts with their beliefs.

Because the survey asked the same questions of the same people in October, September and November 2008, Hollander was able to explore how people’s beliefs changed over time. The percentage of respondents who believed that Obama was Muslim stayed roughly the same over the study period, shifting from 20.2 percent in September to 19.7 percent in November.

“These are groups of people who are generally distrustful of the mainstream media,” Hollander said. “So therefore journalists telling them that this is not true could actually have the opposite effect and make them more likely to believe the rumor.”

Hollander points out that a third of religion stories during the study period focused on correcting the rumor about Obama’s faith. Republican nominee Sen. John McCain publicly corrected the rumor in a televised town hall meeting and many conservative talk show hosts dismissed the rumor. But it still persists, and Hollander said that similar cases of selective memory are likely to become more common in the future.

“As the audience for mainstream news shrinks and as TV news becomes more partisan, I suspect we’re going to see more cases like this,” Hollander said. “I think this is one of those great examples that demonstrate that the best efforts of journalists sometimes fail.”