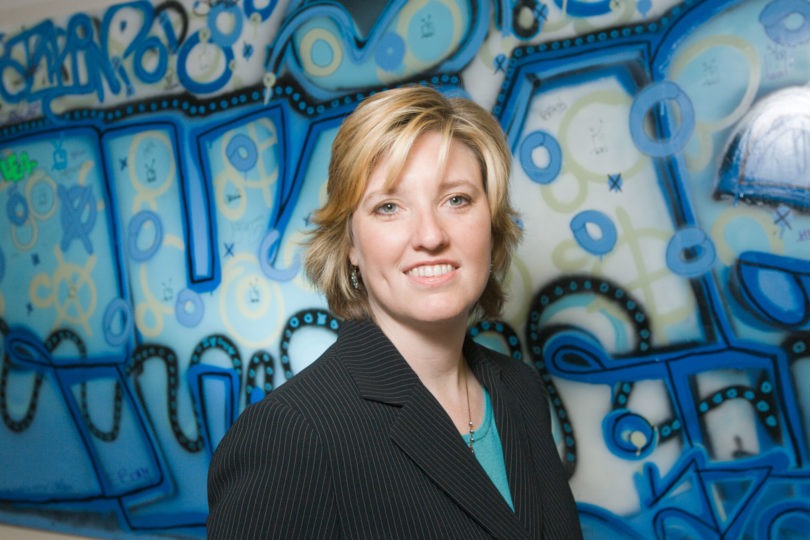 When your first job title is “Artist I,” becoming director of the Office of Service-Learning 13 years later might be described as a “quick, strange progression.”

But if you listen to Shannon Wilder talk about her life, her family and her passion for service-learning, the progression seems more inevitable than strange.

On one hand, as the granddaughter of a Mississippi preacher active in the 1960s civil rights movement, she values public service.

On the other, she comes from a long line of educators that includes her mother and grandmother.

Throughout the years, her career path has reinforced her reverence for education, interest in serving others and commitment to connect academic experiences to everyday life.

Originally from Houston, Wilder spent her pre-UGA life in Texas, except for a two-year stint in Indonesia and New Jersey beginning when she was 8 years old.

After earning an undergraduate degree in studio art at Baylor, she followed her future husband here in 1995 and started her UGA career designing publications and exhibits in the College of Agricultural and Environmental Sciences. During that time having a Web page was becoming important, so Wilder soon became the CAES “Web person.”

“I was the youngest person on staff so was assigned to learn how to do it,” Wilder said. “I learned a lot about teaching myself, being entrepreneurial about my career and taking advantage of opportunities.”

The UGA tuition remission program and a supportive boss allowed her to pursue a master’s degree that tied in to work-related projects in multimedia communications.

“I helped with online course development for extension agents,” she said. “That was becoming a major focus and related well to what I was doing for my master’s degree in instructional technology.”

With a master’s degree in hand, Wilder next went to work in 2001 for what is now the Center for Teaching and Learning, where she learned about faculty development programs and started a doctorate in art education.

“My major professor was deeply involved with service-learning,” Wilder said. “That was my first exposure to it, and I found it really exciting.”

So when a 2005 UGA task force on undergraduate education recommended creation of an Office of Service-Learning to “coordinate, promote and expand service-learning and international service-learning opportunities across the campus,” Wilder was tapped to co-facilitate a faculty service-learning interest group.

In short order, the office was created and Wilder became director. In the three years that she has led the campus-wide service-learning initiative, the number of classes offering a service-learning component have increased, a service-learning fellows program for faculty has been established and studies on best practices and assessments of student learning have been initiated.

Service-learning also has been extended to study-abroad programs especially in Southeast Asia, Latin American and Africa where immersion in the community is part of the academic program.

“The passive model of education where teachers deposit knowledge into the student’s minds has a place,” Wilder said. “But students becoming active participants in their own education is also really important.”