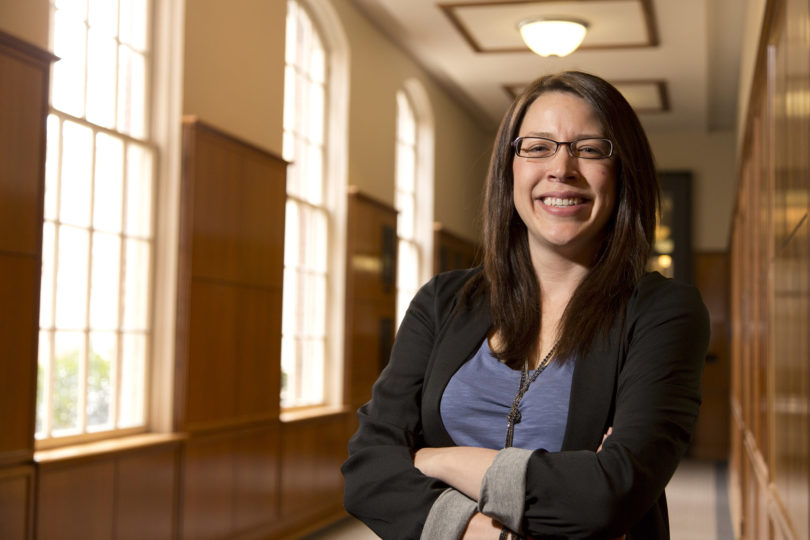 Volunteering benefits the community, but can it also harm your workplace reputation?

New research from the UGA Terry College of Business finds co-workers’ attitudes can vary depending on their perception of someone’s charitable efforts-especially when they perceive a person is primarily volunteering to get ahead.

As personal and professional lives continue to intermingle thanks to the constant connection of cellphones and social media, today’s workers are often at the mercy of their colleagues’ appraisal, said the study’s lead author Jessica Rodell, an associate professor of management at the Terry College.

“Volunteering is a behavior that traditionally has little to do with work,” Rodell said. “It’s something that can be done with your kids’ school or through your church, but it turns out that this behavior can have a real impact on how people view you at work.”

Her research, co-authored with John Lynch, a former UGA graduate student and current assistant professor of managerial science at the University of Illinois-Chicago, finds that ­co-workers often have mixed feelings about colleagues’ charitable ­efforts.

When volunteering is seen as intrinsically motivated, meaning the worker is seen as personally compelled to volunteer, both supervisors and co-workers tend to hold the volunteering employee in high esteem. However, if the worker is seen as a showboat who volunteers to enhance his or her image or score brownie points, colleagues and supervisors form a more negative opinion. And, as it turns out, the treatment that results can be rather important in the workplace.

“In fact, if you have two people who have the exact same performance ratings at their job, but one of them volunteered for what appeared to be good reasons, that person would be more likely to get a raise or promotion because that volunteering positively affects their reputation at work,” ­Rodell said.

Although volunteering is an inherently pro-social behavior, there are several reasons it can have negative repercussions. Colleagues may find a volunteer to be smug or superior. They may feel volunteers forsake their office work to volunteer—or that they volunteer just to get credit.

Although both behaviors can garner credit from a co-worker, volunteering is unique in its ability to also foster negative opinions from others.

Most often, though, volunteering is a mixed bag that brings both positive and negative connotations. In addition to the potential negatives, volunteers may be seen as thoughtful, caring and good at time management, which can reflect well in the business environment.

Fortunately, when it comes to volunteering, it appears the positive opinions tend to outweigh the negative ones.

“As co-workers, we are OK with the fact that someone might personally benefit from their volunteer work,” Rodell said, “with the caveat that they are also doing it for good reasons.”

She explained that some people may not like that a co-worker could get promoted at work for doing something not related to work.

“But that’s why this finding is important,” she said. “Employees should know that if they’re going to volunteer, it’s going to have consequences depending on how they manage it. And, if done for the right reasons, it’s ultimately going to benefit them.”

The research was published in the Academy of Management Journal.