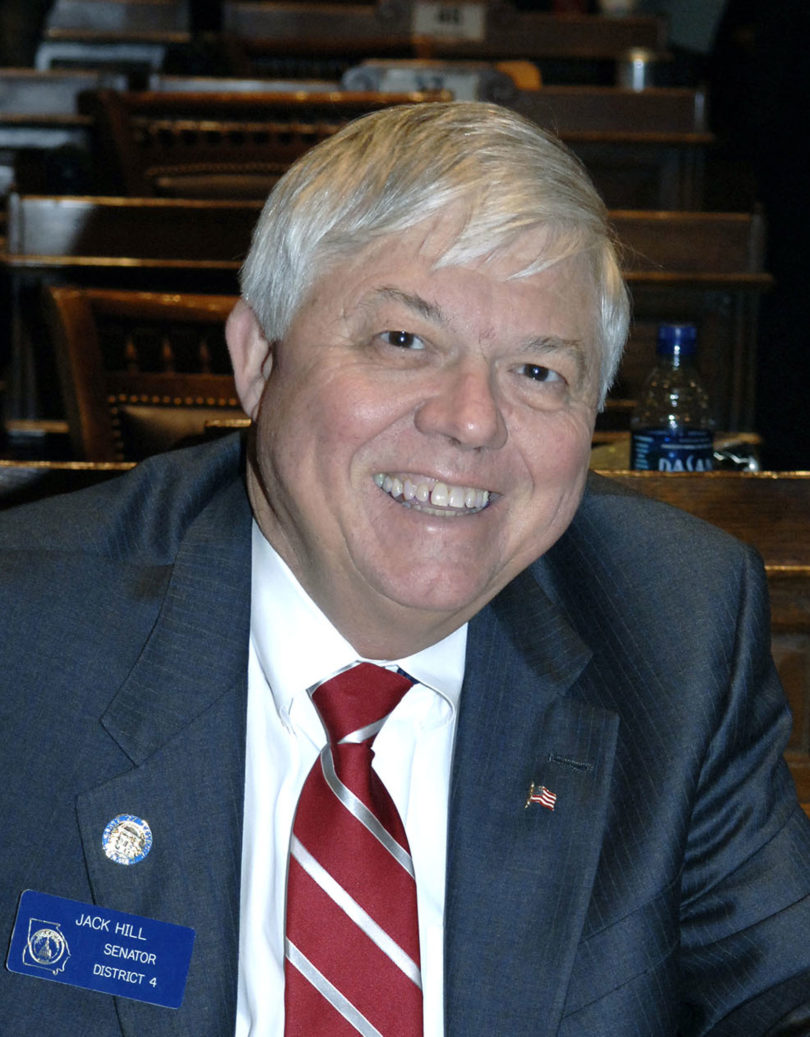 The UGA chapter of the Blue Key National Honor Society will recognize three Georgians for their civic contributions at its annual awards banquet Nov. 5.

The banquet, which is open to the public, will be held at the Georgia Center for Continuing Education Conference Center and Hotel. The reception will begin at 6:30 p.m., and the dinner will start at 7:30 p.m. Tickets are $30 per person, and can be reserved by contacting Janet Lance at (706) 542-0017 or jholcomb@uga.edu.

Jack Hill
Hill, who represents Senate District 4, is being honored for his leadership in state government and his contributions to higher education in Georgia. During his time in the Senate, he helped expand the state’s job tax credit for economically depressed areas, studied and highlighted the plight of rural hospitals and played a leadership role in encouraging recycling programs. A longtime supporter of Georgia’s Public Libraries, Hill helped create a $2 million renovation and repair fund to modernize libraries selected by the State Library Board and secured more funding in a Joint Senate-House program for adding additional books and materials to libraries across the state.

Jack Rooker
A UGA alumnus, Rooker is being honored for his professional and civic contributions as well as his continuing support of UGA. Rooker received a bachelor’s degree in business administration in 1960 before joining his father’s business, Southern Bonded Warehouse. He later became chairman and CEO of the company and served in this capacity until the business was sold in 2005. He is currently the CEO of Rooker, a development and construction firm that focuses primarily on industrial and commercial real estate. Elected to the board of trustees of the University of Georgia Foundation in 1996, Rooker served as chairman from 2002 until 2004. When the UGA Real Estate Foundation was formed in 1996, Rooker became its chairman, a position he held for five years.

Betty Jean Craige
Craige is being honored for her distinguished career and her many years of support for the academic programs at UGA.

Craige joined the faculty at UGA in 1973 as an instructor in comparative literature. In 1995, she was named University Professor. Appointed the director of the university’s Humanities Center in 1993, Craige has remained director throughout the center’s growth, including its transition to the current Willson Center for Humanities and Arts. Under Craige’s leadership, the center has not only provided strong research support for faculty, but also bridged disciplinary and cultural boundaries to bring faculty together. During this time, she helped co-found and co-direct the prestigious Delta Prize for Global Understanding.

Beth Shapiro
Shaprio is being honored for her professional and civic contributions as well as her continuing engagement with her alma mater.