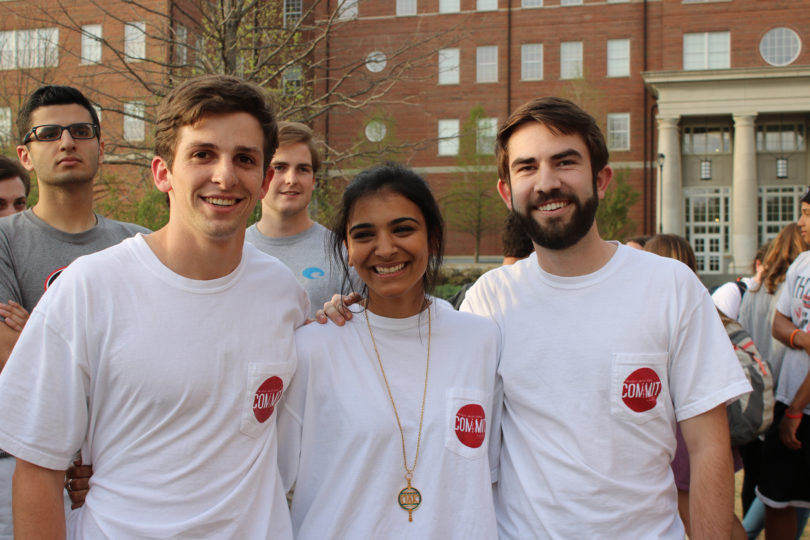 Students have elected the Commit ticket to the executive branch of the Student Government Association for the 2016-2017 academic year. The ticket consists of president-elect Houston Gaines(right)

Athens, Ga. – University of Georgia students have elected the Commit ticket to the executive branch of the Student Government Association for the 2016-2017 academic year. The ticket consists of President-elect Houston Gaines, Vice President-elect Jacob Fucetola and Treasurer-elect Sehar Ali.

This year, 7,267 students voted in the election, representing a 326 percent increase over last year’s voting and just over 20 percent of the student body. The Commit ticket claimed 64 percent of the votes cast with the Dare ticket pulling 19 percent and the All In ticket receiving 15 percent.

The Commit ticket campaigned on a platform of improving campus resources, enhancing technology and improving transportation options. The ticket also emphasized the relationships Gaines has developed with Athens-Clarke County government leaders in his role as SGA vice president this year.

Gaines says he, Fucetola and Ali are grateful to the student body for the strong show of support.

“We are appreciative of the faith shown in us, and we’re truly looking forward to a productive year as the voice for UGA’s student body,” he said.

The SGA inauguration ceremony is scheduled for April 18 at 6 p.m. in the Chapel.