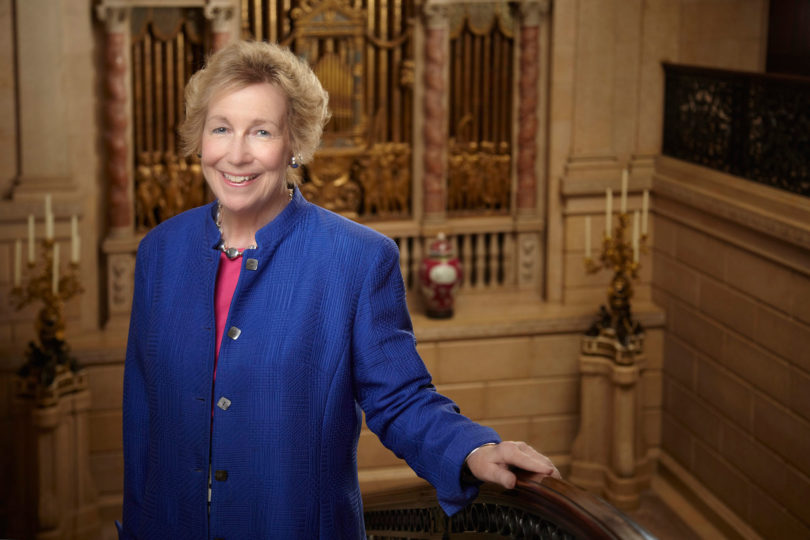 When Thomas Jefferson succeeded Benjamin Franklin as the American minister to France in 1785, he also was bequeathed the acquaintance of the greatest sculptor of the time, Jean-Antoine Houdon. Jefferson and Franklin were instrumental in selecting Houdon for the portrait of George Washington, a full-length sculpture that stands in the Virginia Statehouse today.

Jefferson’s time in Paris and Houdon’s ascendance as the great portraitist for Americans will be the subject of the Shouky Shaheen Lecture in the Lamar Dodd School of Art on Nov. 15 at 5:30 p.m. in Room S151 of the School of Art.

The lecture will be given by Anne Poulet, director emerita of the Frick Collection in New York City. The lecture is free and open to the public.

Poulet was co-author of the catalogue Clodion (1738-1814), published in conjunction with the exhibition held at the Louvre in 1992.  More recently, Poulet was recognized as a curator and author of the exhibition catalogue Jean-Antoine Houdon (1741-1828): Sculptor of the Enlightenment. The exhibition, which opened in May 2003 at the National Gallery of Art in Washington, D.C., traveled to the J.Paul Getty Museum in November 2003 and to the Musée de Versailles in March 2004.

Established by Doris Shaheen as a birthday gift to her husband, the Shouky Shaheen Lecture brings a nationally or internationally recognized artist or scholar to present a lecture at the art school each year.