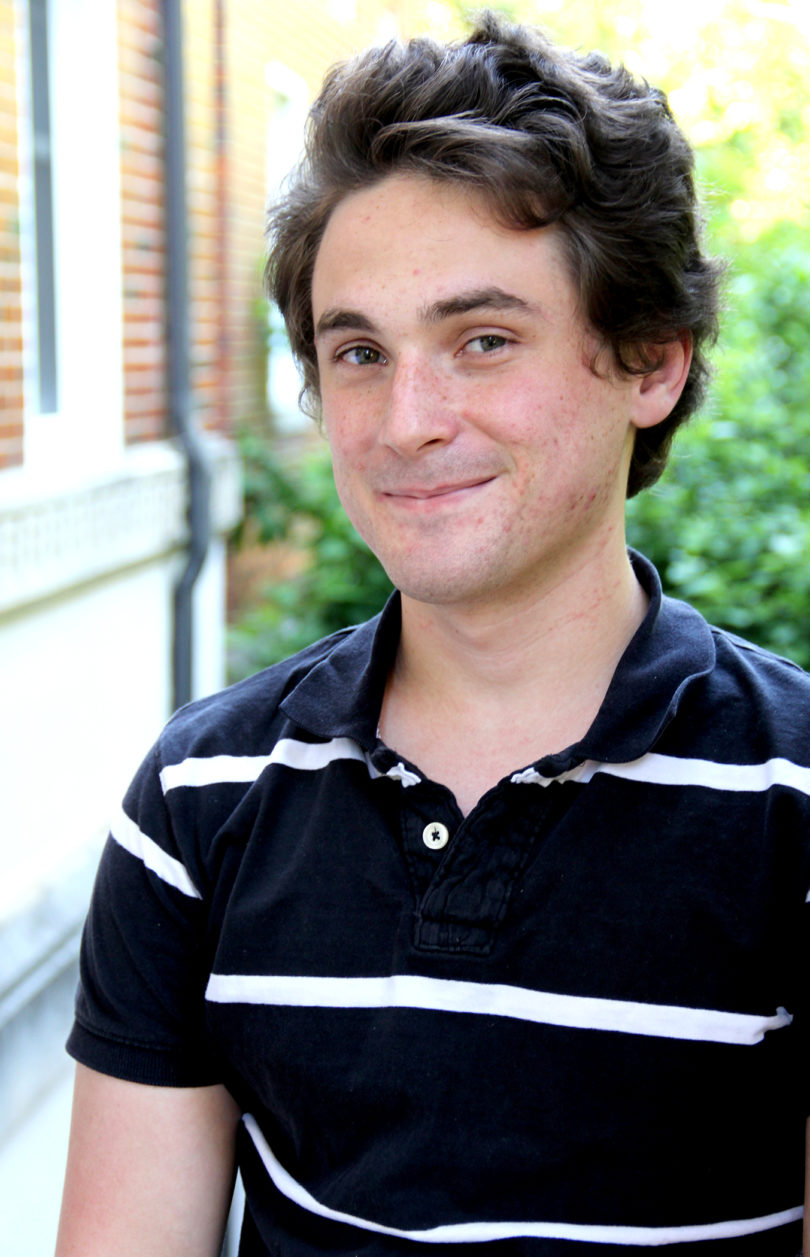 Athens, Ga. – Shawn Foster, a University of Georgia Honors student majoring in cognitive science and linguistics, was one of 20 students nationwide selected as a Beinecke Scholar.

He is the first UGA student to receive the honor, which awards $34,000 to third-year students with demonstrated financial need who will pursue graduate studies in the arts, humanities or social sciences.

Foster plans to earn a doctorate in linguistics. A first-generation college student, he is from the 800-person town of Franklin, which is situated in west Georgia between Carrollton and LaGrange with Alabama as its closest neighbor.

“Shawn certainly deserves the recognition and support provided by the Beinecke Scholarship,” said David S. Williams, associate provost and director of the Honors Program. “He is as gifted a student as I have ever met while also being perhaps the most humble. What makes Shawn truly stand out is his pure inquisitiveness. I think he has an unlimited future as a researcher.”

In Foster’s first independent research project, started this past January, he is digging into language’s changes and variations across the South with Margaret Renwick, an assistant professor of linguistics in the UGA Franklin College of Arts and Sciences. He intends “to continue his research in this and other areas-ranging from the social and cultural aspects of language to the mathematical underpinnings of human speech”-during his career in linguistics, he said.

He’s excited to see how his research, which is being conducted as part of a larger ongoing project, “Linguistic Atlas of the Gulf,” will be used.

“Other researchers, not just other linguists, can take the results and run with them,” Foster said. “Engineers and programmers can build better speech recognition programs. Journalists and critics can write about how depictions of the South in media stack up to the reality of the region. Other geeky teenagers in other cotton-mill towns can hear someone say, ‘Yes, there is more to the world, but no, that doesn’t mean places like this don’t have anything to say.'”

Foster speaks Spanish and Russian and is learning Arabic. In addition to his current research project, he has been the humanities content editor of the Journal for Undergraduate Research Opportunities and works for UGA Food Services at the Niche Pizza Company.

The Beinecke Scholarship Program was established in 1971 in honor of Edwin, Frederick and Walter Beinecke to encourage students of exceptional promise to pursue graduate studies in the arts, humanities and social sciences. Since 1975, the program has selected more than 590 college juniors from more than 100 different undergraduate institutions for support during graduate study at any accredited university.