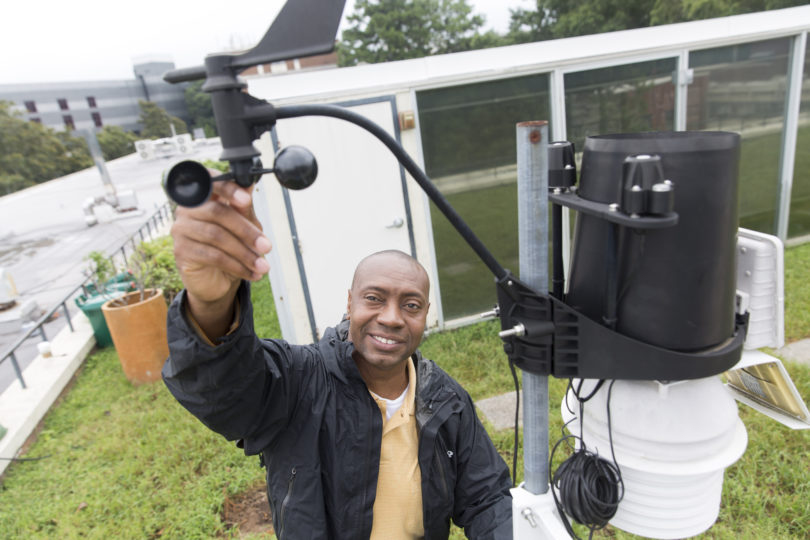 Marshall Shepherd is leading a team of researchers from the department of geography that will explore the connections between race-based segregation and increased exposure to dangerous heat levels. (Photo by Andrew Davis Tucker/UGA)

The American Geophysical Union has awarded its 2019 Climate Communications Prize to Marshall Shepherd, Georgia Athletic Association Distinguished Professor of Atmospheric Sciences and Geography at the University of Georgia. The award for recognition of the communications of climate science is among the Class of 2019 Union honorees announced Aug. 22.

An international nonprofit scientific association with 60,000 members in 137 countries, The American Geophysical Union was established in 1919 by the National Research Council and operated as an unincorporated affiliate of the National Academy of Sciences for more than 50 years.

Shepherd serves as director of Atmospheric Sciences Program and professor in the Franklin College of Arts and Sciences department of geography, and as chair of NASA’S Earth Science Advisory Committee. Host of The Weather Channel’s award-winning podcast “Weather Geeks,” and a contributor to Forbes Magazine, Shepherd routinely appears on CNN, The Weather Channel and CBS’ “Face The Nation.” Shepherd regularly provides expertise to NASA, NOAA, The White House and Congress. His TEDx Atlanta talk on “Slaying the Climate Zombies” is one of the most watched lectures about climate change on YouTube.

The AGU will honor individuals for their outstanding achievements, contributions and service to the Earth and space science community at its Fall Meeting 2019 Honors Ceremony and Banquet on Dec. 11 in San Francisco.