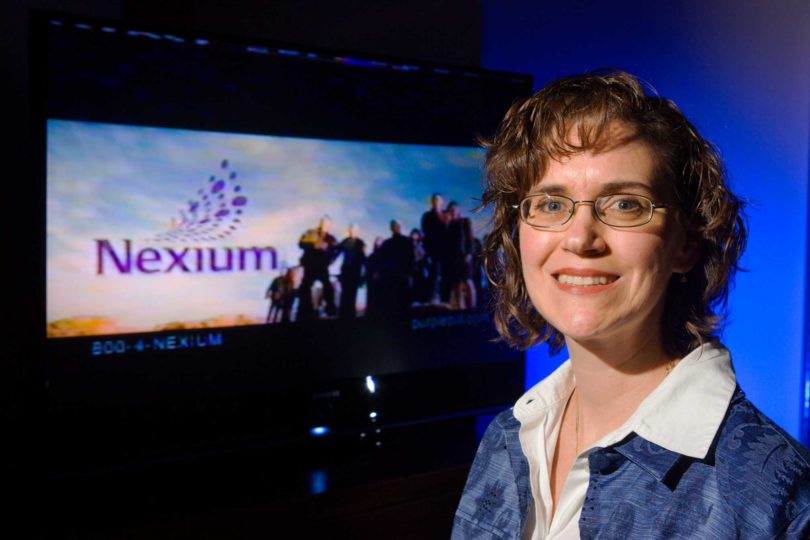 A study led by a UGA professor finds that most TV prescription drug ads minimize side-effect information. According to 1997 FDA guidelines, the advertisements are required to present a fair balance of drug effectiveness and risks. Most ads, however, devote

Prescription drug ads on television first hit the airwaves just more than a decade ago, but a new UGA study finds that most of them still do not present a fair balance of information, especially when it comes to the risk of side effects.

“These ads clearly don’t devote enough time to information about risk,” said Macias, whose results appear in the November/December issue of the journal Health Communication. “Adding to the problem is that the information is often presented in a way that people aren’t likely to comprehend or even pay attention to.”

Macias and her team, which includes Kartik Pashupati at Southern Methodist University and Liza Lewis at the University of Texas at Austin, found that almost all of the ads disclosed side effects solely in a voice-over portion of the ad. Only 2.2 percent of ads had the disclosure in voice-over as well as in text form.

Fair balance is not defined by the FDA, so Macias created a four-tiered classification: 1) lawbreakers are ads that don’t mention side effects at all; 2) bare minimums are those that list side effects but spend less than 10 percent of time on risk information; 3) the main pack includes ads that spend more than 10 percent of time on risk information; and 4) the proactive, safety oriented approach, which gives equal treatment to both the risks and the benefits of the drug.

The researchers found that 2 percent of the ads studied were clear lawbreakers, 10 percent met bare minimum requirements and 88 percent were in the main pack. The researchers analyzed commercials that aired in 2003, but Macias said current ads are similar in their content and leave much to be desired.

“Very few advertisers are really doing well enough when it comes to actually trying to educate the consumer,” she said. “The ads are presented in such a way that the consumer would have to be paying very close attention and be adept at processing the information to really understand the risks as well as the benefits.”

Proponents of direct-to-consumer ads argue that they help raise awareness of various medical conditions and their treatments. Critics argue that the ads drive up health care costs by steering consumers to costly drugs that they might not need. Still, Nielsen Media Research estimates that pharmaceutical companies spent more than
$1.5 billion on direct-to-consumer television ads during the first half of 2007. Macias said most ads could clearly do more to educate consumers, and points to recent advertisements for Johnson and Johnson’s Ortho Evra® birth control patch that give equal emphasis to the risks and benefits of the drug as an example of a more balanced approach.

“A prescription drug is something that consumers should be making a rational decision about,” Macias said. “And the more information consumers have, the better decisions they can make.”