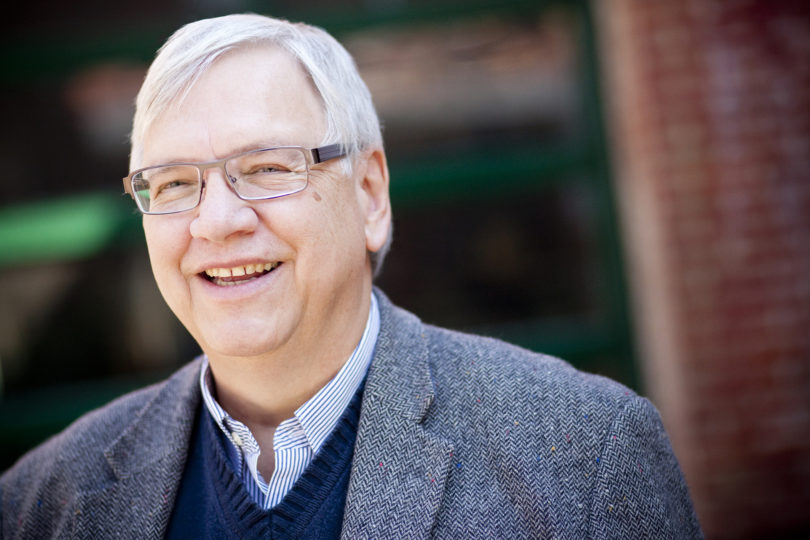 Athens, Ga. – Trailblazing scientists, heralded historians and influential leaders in higher education, business and law are set to visit the University of Georgia this spring as part of the Signature Lecture series.

“The University of Georgia is proud to have truly distinguished speakers addressing our students,” said Meg Amstutz, associate provost for academic programs. “The Signature Lecture series highlights a variety of topics across the disciplines. By announcing this series at the beginning of each semester, we hope that UGA students, faculty and staff will mark their calendars in advance to attend and explore new topics of interest.”

UGA’s Signature Lecture series is in its second year. The designation is given by the Office of Academic Programs to events featuring speakers with broad, multidisciplinary appeal and compelling bodies of work. Many of the lectures are supported by endowments, while others honor notable figures and milestones in the university’s history.

For more information about Signature Lectures at UGA, go to http://t.uga.edu/20M.

The spring 2015 Signature Lectures are listed below.

Thomas C. Reeves, UGA professor emeritus
“So You Think You’re Smarter than a Robot: The Race between Human Learning and Deep Learning”
Founders Day Lecture
Jan. 27, 1:30 p.m., Chapel
Reeves is professor emeritus of learning, design and technology in the College of Education. During his career, he has developed and evaluated numerous interactive learning programs for education and training and has been an invited speaker in 30 countries.
Sponsored by the UGA Alumni Association

David B. Wilkins, vice dean for global initiatives on the legal profession, director of the Center on the Legal Profession and Lester Kissel Professor of Law at Harvard University
“The Accountants are Coming – Again!: The Rise and Transformation of the Big 4 Accountancy Firms and What it Means for the Global Market for Legal Services”
John A. Sibley Lecture
Jan. 28, 3:30 p.m., Hatton Lovejoy Courtroom, Hirsch Hall
Wilkins is a widely published author and speaker whose research focuses on the legal profession and globalization. He has directed more than 50 researchers studying the impact of globalization on the market for legal services in rapidly developing countries in Asia, Africa, Latin America and Eastern Europe.
Sponsored by the School of Law and the Charles Loridans Foundation

Sanford Bishop, U.S. congressman representing Georgia’s Second District
Holmes-Hunter Lecture
Feb. 18, 2 p.m., Chapel
Bishop is serving his 12th term in the U.S. House of Representatives representing the Second Congressional District, which encompasses middle and southwest Georgia. He previously served in the Georgia House of Representatives and the Georgia Senate.
Sponsored by the Office of the President

William R. Ferris, Joel R. Williamson Eminent Professor of History at the University of North Carolina-Chapel Hill and former chair of the National Endowment for the Humanities
“The Storied South: Voices of Writers and Artists”
Global Georgia Initiative Series
Feb. 18, 4 p.m., M. Smith Griffith Auditorium, Georgia Museum of Art
Ferris is the senior associate director of UNC’s Center for the Study of the American South. He was the founding director of the Center for the Study of Southern Culture at the University of Mississippi. He has written or edited 10 books and created 15 documentary films.
Sponsored by the Willson Center for Humanities and Arts and the Georgia Museum of Art

Tomiko Brown-Nagin, Daniel P.S. Paul Professor of Constitutional Law and professor of history at Harvard University
“‘The Civil Rights Queen’: Constance Baker Motley and the Struggle for Racial and Gender Equality in America”
Donald L. Hollowell Lecture
March 17, 7 p.m., Fine Arts Theatre
Brown-Nagin’s 2011 book, “Courage to Dissent: Atlanta and the Long History of the Civil Rights Movement,” won the Bancroft Prize in American History, making her the first woman of color to win the honor.
Sponsored by the Center for Social Justice, Human and Civil Rights; the School of Social Work; and the Foot Soldier Project for Civil Rights Studies

Earl Lewis, president of the Andrew Mellon Foundation
Louise McBee Lecture
March 24, 11 a.m., Chapel
Lewis, a noted social historian, was the former provost and executive vice president for academic affairs and Asa Griggs Candler Professor of History and African American Studies at Emory University. He is the author and co-editor of seven books.
Sponsored by the Institute of Higher Education

Johnnetta B. Cole, director of the National Museum of African Art
“The Case for Diversity and Inclusion in American Higher Education”
Mary Frances Early Lecture
March 29, 3 p.m., Mahler Hall, Georgia Center
Cole, president emerita of Spelman College and Bennett College, currently serves on the Scholarly Advisory Board of the Smithsonian’s National Museum of African American History and Culture.
Sponsored by the Graduate School; Graduate and Professional Scholars; and the Office of Institutional Diversity

Tess Davis, affiliate researcher at the University of Glasgow

“Tomb Raiders and Terrorist Financing: Cutting off the Islamic State’s Illicit Traffic in ‘Blood Antiquities'”
Sponsored Lecture
April 20, 4:30 p.m., M. Smith Griffith Auditorium, Georgia Museum of Art
Davis, a lawyer who has dedicated the last decade to combating the illicit antiquities trade, served as executive director of the Lawyers’ Committee for Cultural Heritage Preservation before joining the Scottish Centre for Crime and Justice Research at the University of Glasgow.
Sponsored by the Willson Center; departments of anthropology, political science and sociology; the Dean Rusk International Law Center; and the Office of the Vice President for Instruction

David Baulcombe, Royal Society Research Professor and Regius Professor of Botany at the University of Cambridge
Joe L. Key Symposium
May 12, 8:30 a.m., M. Smith Griffith Auditorium, Georgia Museum of Art
Baulcombe is a world-renowned plant geneticist who made a key discovery in gene silencing. The former UGA postdoctoral fellow has received numerous awards, including election to the Royal Society and knighthood by Queen Elizabeth II.
Sponsored by the UGA Plant Center in commemoration of its 30th anniversary.