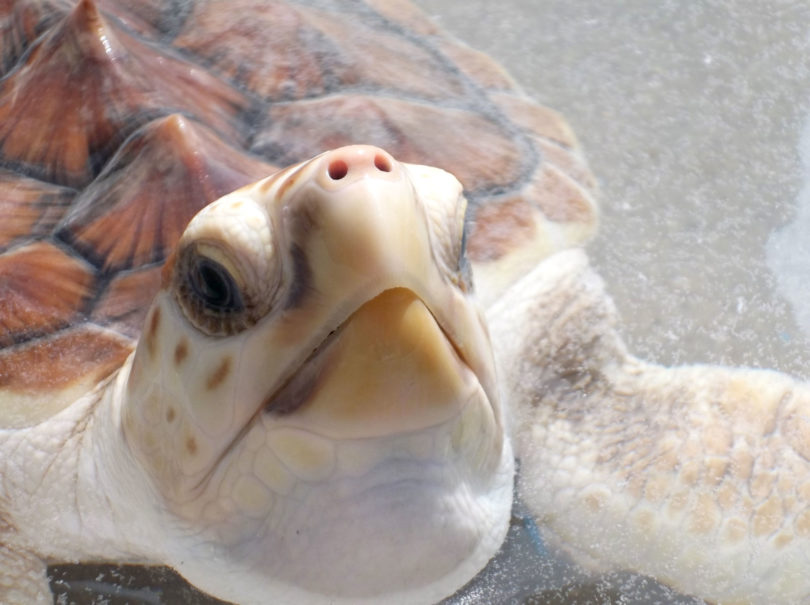 Skidaway Island, Ga. – Marine education and research organizations are joining forces to celebrate Georgia’s coast at the Skidaway Marine Science Day 2012. The campus-wide open house will be held Oct. 20 from noon to 4 p.m. on Skidaway Island.

The event is an annual collaboration between the University of Georgia Marine Extension Service’s Shellfish Research Laboratory and Marine Education Center and Aquarium, the Skidaway Institute of Oceanography and Gray’s Reef National Marine Sanctuary. The afternoon of marine science programs, tours, displays and activities will be free to the public and open to all ages.

“This day was created to give the Savannah community the opportunity to enjoy the sciences and ask questions to learn more about the marine research going on in their community,” said Karin Paquin, assistant curator at the UGA Marine Education Center and Aquarium.

The center also will be celebrating 40 years of public service and outreach at the annual open house. To mark the anniversary, a young loggerhead sea turtle named Ossabaw will make its debut.

Ossabaw arrived at the center in August 2011. Found on Ossabaw Island, the Georgia Department of Natural Resources determined he would not be able to survive on his own. For the past year, Ossabaw has thrived while being cared for by the center’s staff, interns and volunteers.

“The aquarium staff is excited to showcase Ossabaw at the annual open house,” Paquin said. “Ossabaw has grown bigger and stronger over the past year and will serve as an ambassador to loggerhead sea turtle education and conservation.”

The center will be open free of charge and will host special activities throughout the day, including a shark dissection, reptile show, research vessel tours, marine debris activities, touch tanks and behind-the-scene peeks at the aquarium. The new Skidaway Learning Garden and Coastal Hazards Portal, an interactive GIS tool, also will be featured.

Skidaway Marine Science Day also will offer tours of the R/V Savannah, the Skidaway Institute of Oceanography’s research vessel. Gray’s Reef National Marine Sanctuary will teach visitors how to drive their remotely operated vehicle in a swimming pool. The ROV is used to research, monitor and explore national marine sanctuaries.

UGA Marine Extension Service
The Marine Extension Service is a University of Georgia public service and outreach unit serving the Georgia coast to increase the efficiency of existing marine industries, identify new industries that do not harm the environment and increase public awareness and understanding of coastal ecosystems. For more information, see www.marex.uga.edu.