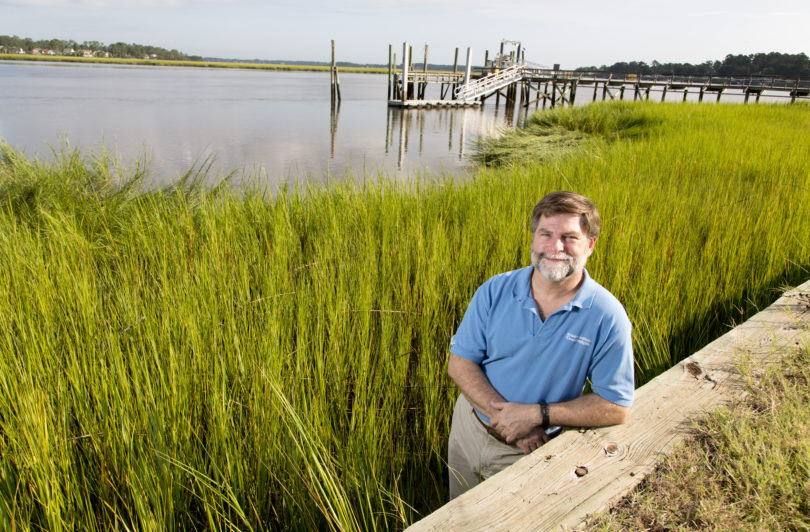 UGA’s Skidaway Institute of Oceanography and department of marine sciences are joining other leading ocean science and engineering institutions to create Ocean Visions, an initiative meant to foster collaboration between top researchers, conservationists and entrepreneurs committed to solving some of the biggest challenges facing ocean health.

“Ocean Visions provides a much needed boost to advancing technological solutions to ocean problems,” said Clark Alexander, director of Skidaway. “It establishes a framework and mechanism to bring together the best minds in ocean research, entrepreneurship and industry to address the most pressing concerns facing the world’s oceans.”

To nurture and work towards these solutions, Ocean Visions will:

“Addressing the challenges facing our oceans will take an ambitious effort that brings together the best talent in our nation,” said G. Wayne Clough, secretary emeritus of the Smithsonian Institution and president emeritus of Georgia Tech, who opened summit. “Ocean Visions is unique because it is led by trusted institutions and top scientists and researchers in ocean conservation working together to formulate a call to action to foster, support and advance innovative and viable solutions that can make a difference.”

The summit will provide networking events for business leaders to learn more about proposed solutions, ranging from advanced concepts to those that are market ready, such as marine algae-based animal feeds and biofuels that can reduce the carbon footprint of biofuel and protein production and sea-level sensor technologies for coastal cities and communities threatened by rising sea levels.

“UGA is proud to be part of this initiative and to partner with some of the country’s leading voices in ocean conservation,” said David Lee, UGA vice president for research. “We look forward to bringing our particular expertise in ocean science and coastal resiliency to bear on an issue that affects all of us.”